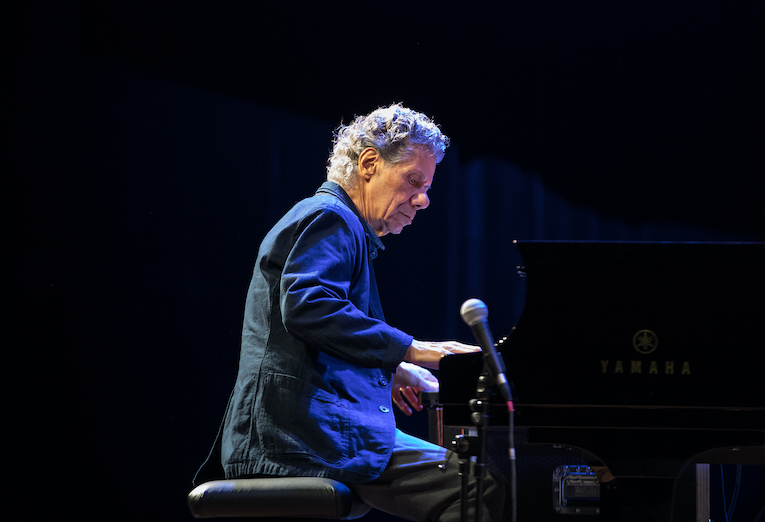 Keyboardist, bandleader, composer Chick Corea died on February 9, 2021 at the age 79. Chick Corea’s family confirmed his death on his Facebook page and website, revealing that Corea passed on from a rare form of cancer, which was only discovered very recently. A 23-time Grammy winning jazz legend and prolific explorer of jazz, Corea was considered a keyboard virtuoso. With five decades of unparalleled creativity, his artistic output was stunning.

Chick Corea is the fourth most nominated artist in the history of the Grammys with 65 nominations and 23 wins. He also earned 3 Latin Grammy Awards, and earned the most awards of any artist for “best Instrumental Album.” He inspired generations of musicians.

Over his 50 year plus career, Corea worked with some of the biggest names in jazz, including Miles Davis, Herbie Mann, Sarah Vaughan and Dizzy Gillespie. He also worked with R&B singer, Chaka Khan and formed the band Echoes of an Era, an all-star backing band for Khan’s venture into jazz.

Corea’s own ground breaking band Return to Forever, which he formed in 1972 with bassist Stanley Clarke, was an important torch bearer for an emerging genre known as jazz fusion, which blended jazz, rock, funk and R&B. When the band found mainstream success the band lineup featured Al Di Meola and drummer Lenny White.

Along with Herbie Hancock, Bill Evans and Keith Jarrett, Corea was considered one of the top jazz pianists of his time. His compositions  “500 Miles High” “Windows” and “Spain” are considered jazz standards.

Corea left this message for all he knew and loved, “I want to thank all of those along my journey who have helped keep the music fires burning bright. It is my hope that those who have an inkling to play, write, perform or otherwise, do so. If not for yourself then for the rest of us. It’s not only that the world needs more artists, it’s also just a lot of fun.

“And to my amazing musician friends who have been like family to me as long as I’ve known you: It has been a blessing and an honor learning from and playing with all of you. My mission has always been to bring the joy of creating anywhere I could, and to have done so with all the artists that I admire so dearly—this has been the richness of my life.”

Born in Chelsea, Massachusetts on June 12, 1941, Corea was playing piano at age 4 and was raised on jazz piano legends Horace Silver, Bud Powell as well as Beethoven and Mozart.

Chick Corea died at his home in Tampa Bay Fl. He is survived by his wife Gayle Moran and his son Thaddeus, his daughter Liane, and two grandchildren.