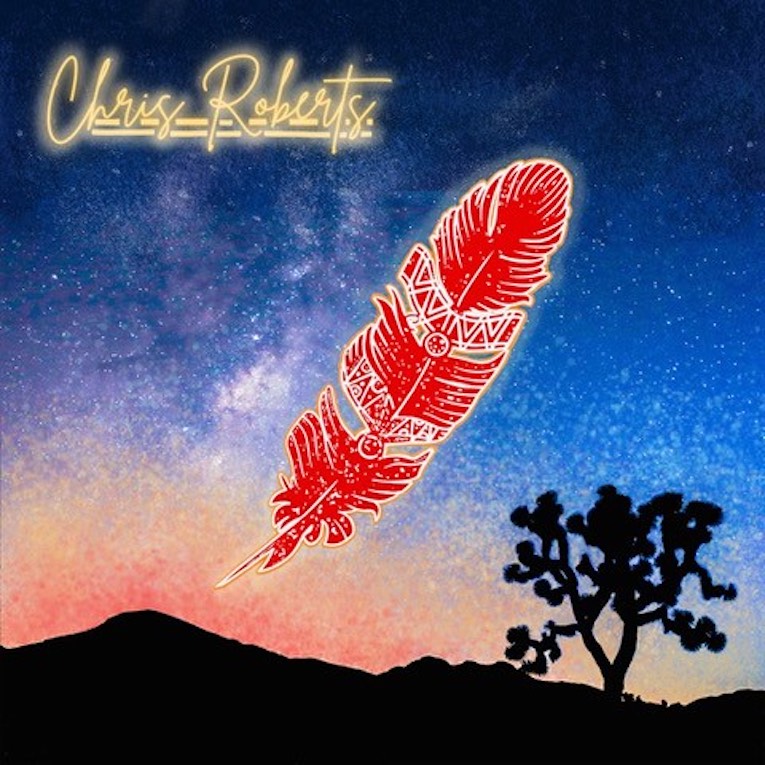 Singer, songwriter, guitarist Chris Roberts releases his EP, Red Feather on February 26, 2021. For a musician who claims not to have chosen music but that in essence it chose him, he certainly possesses a lot of talent. Red Feather features five catchy, well written Southern rock n’ roll songs led by a vocalist who has what it takes to bring those songs home. With an EP like Red Feather, let’s hope Roberts continues with music.

When the Austin native, now based in Aspen, CO launched a custom hat-making business, Aspen Hatter, and it became highly successful, he found the time and freedom to dive into his music. Roberts explains, “Once I stopped having to make every hat myself and push every day on the computer keyboard, I was able to sit in the corner and play my guitar.” The inspiration for songwriting came next. And out of the that emerged his EP, Red Feather.

Perhaps the pandemic brought a gift to Chris Roberts and his band, as all of their gigs on their Texas club tour had been cancelled. He decided to make the best of an unpredictable time and pointed their bus toward Joshua Tree in the California desert and found a recording studio with state-of-the-art gear. They spend three weeks in quarantine and isolation, writing and recording a package of new songs. Those songs on Red Feather are “rock n’ roll, hippie magic.”

Kicking off Red Feather is “Get Down” a rockin’ and radio ready tune about finding your way through hard times. It’s Southern rock n’ roll with Roberts’ ear pleasing, rich vocal, tasty guitar licks and world class musicianship from him and the band. With catchy rhythm and irresistible hooks, this song is a winner. If it doesn’t get you moving through challenging times, not much will.

Slowing things down a bit is “Hate When You’re Gone,” a melodic and heartfelt ballad with Roberts’ smoky and soulful vocals carrying you through the loss of a loved one and the lonesomeness left behind. A piano-based tune with horns underpinning the melody, it’s a moving track. You can picture this performed live, the crowd swaying to the rhythm.

It is amazing that Chris Roberts has both sides of the brain at his disposal–a head for business and craftsmanship and the heart and talent for music. He releases not just a good EP but a great one. Roberts explains, “I never tried to become a musician. I never thought I would play music. I never desired to play music. It’s just that music kept falling into me and out of me until I had no choice.”

“On My Own” cracks the code of Southern rock and roll but with a heavy downbeat and gritty feel. Interesting chord changes pitch this song into a slice of innovative roots/rock. Roberts’ voice, paired with top-tier musicianship, poise this reluctant musician and his band for just about any place they want to go. About living in the moment and discovering freedom, it’s a triumphant track about finding one’s place in the world and understanding what it takes to get there. A hint of psychedelia surfaces in the bridge, paired with crunchy guitar riffs, expert drumming and bass.

Closing number “Remember That It’s Me” opens with acoustic guitar and Roberts singing solo before the band kicks in on this rolling Southern rock number. Killer slide guitar winds through the track as the band ramps up with compelling chord changes and spikes of clean guitar licks.

Red Feather features music by Chris Roberts that’s fresh and contemporary, with powerful hooks and insightful lyrics. I hope Red Feather leads him and the band into a full-on career of music.

Listen to “Get Down”