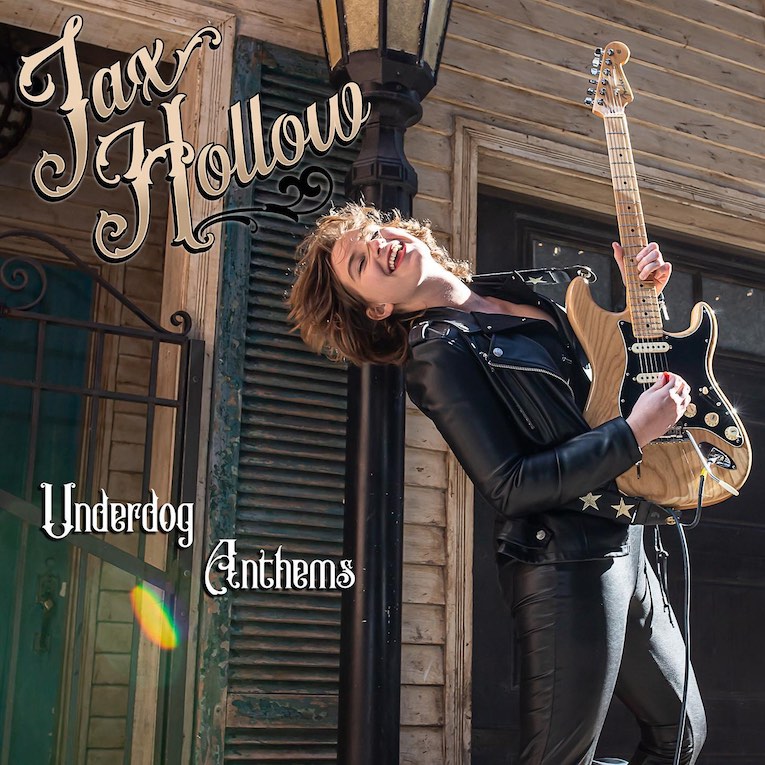 Like much of the music world, 2020 dealt a huge blow to incendiary guitarist and singer-songwriter Jax Hollow, whose fiery, passionate sound has been lighting up Nashville. What’s certainly clear is that Hollow is a born fighter. This is an artist who has worked hard to get where she is, from working small time amusement parks and cruise ships to performing in front of thousands. Her determination and dedication embody every second of her music. From being on the verge of homelessness, Hollow somehow battled through to achieve a degree from the esteemed Berklee College Of Music. Her name now rightfully sits alongside other famous alumni, including the likes of Quincy Jones and Steve Vai.

Hollow’s debut album Underdog Anthems out February 26, 2021 also happens to contain some of the rawest, most powerful rock you could wish for. Opener “High Class Bitch” is a whirlwind tour de force of classic rock with clouds of distorted guitar, thumping percussion and Hollow’s razor-sharp, nimble and nuanced solos. What is most remarkable, though, is the sheer vigour and energy generated here. Reminiscent of Cream and Jimi Hendrix, it’s hard to think of contemporary acts capable of generating this much focused electricity. Drummer Angela Lese and bassist Leilani Kilgore make for a potent, hard-hitting rhythm-section, and it is abundantly clear that all three musicians are having an absolute blast.

Though taken at a slightly slower tempo, follower “Rebound” retains all that visceral energy as it thumps and sways, occasionally bursting out into wild, colourful flowers of manic verve. Hollow’s voice is just as effective as her guitar. “Won’t somebody help me, I’m leaving in the morning.” Hers is a classic rock voice, strong, burning and emotive. Great as Hollow’s guitar playing is, there’s no showboating here. This is total music, where everything has its place, and my does it punch. “Say My Name” races out of the traps with double-time playing and never really lets up from there. Frantic drumming, cutting vocals and pulsing bass race the track along with enough punk force to fuel a Sex Pistol’s gig. It is an astonishing track.

“Drift Together”  shows off Hollow’s versatility. A melancholy, largely acoustic number, it is nonetheless brimming with the band’s ever-boiling fire. “I never let someone get in the way, I never settled on anything.” The chorus bursts out into expansive rock, with beautiful, harmonized vocals, varied percussion and some quite wonderful, introverted playing by Hollow. “Wanted Woman” brings us back to full-on swaying, muscular territory. Hollow’s song-writing and compositional skills show much to admire. She packs each track with enough invention and variety to never allow things to become dull. “All I need’s my guitar, she never lets me down,” sings Hollow, and the sincerity of that statement shines though.

The raw, shuffling “52 Pickup” snakes along with a compelling, swampy feel, rattling and wailing, digging and diving. “Breathe” closes the show with some juicy, decidedly prog-rock-ish guitar licks from Hollow, which explode into a rollicking, breathtaking vista of dangerous drums, thundering bass and wild rock imaginings.