Review: Abandoned No More by Orphan Jon and the Abandoned 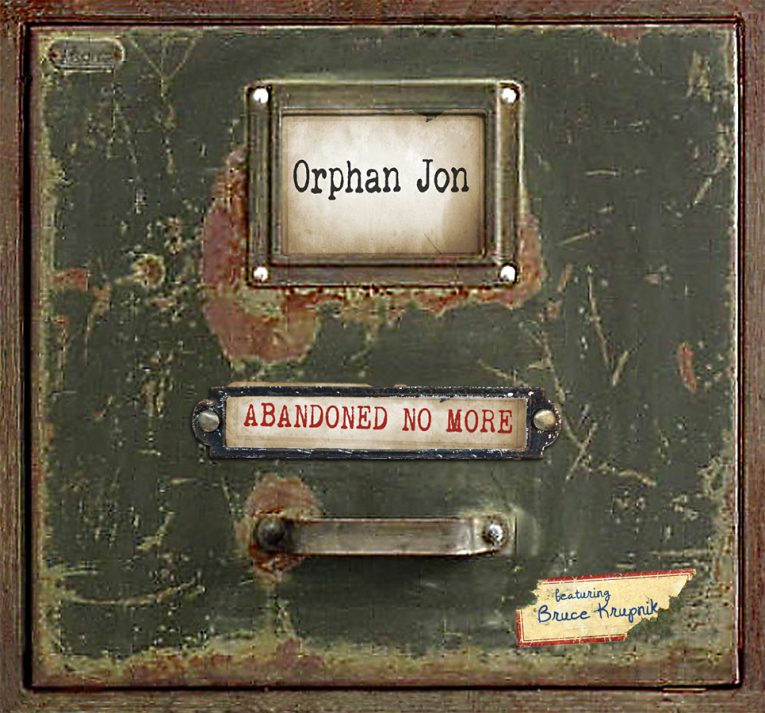 Abandoned No More is the killer debut album from American roots and blues band, Orphan Jon and the Abandoned, featuring Bruce Krupnik. Released on March 16, 2018 on Rip Cat Records, it was produced by Barry Levenson and features a small army of friends as guest artists.

Based in Southern California and having successfully toured the Western and Midwestern United States, OJATA (as they’re known to their loyal and growing legion of fans) is comprised of singer/songwriter Jon English, guitarist/songwriter Bruce Krupnik (formerly of the Strata-Tones), bassist Tony Jack Grigsby and drummer Mike Malone; however, drummer Stan Whiting is credited on the album. Guest musicians include guitarists Levenson (Canned Heat) and Johnny Main (The 44s), bassist Hank Van Sickle (John Mayall and the Bluesbreakers) and drummers Mike Malone (OJATA) and J.R. Lozano (The 44s, Tremoloco). If you have an appetite for roots and blues music, Abandoned No More will satisfy your hunger like a plate full of steak and potatoes.

The opening track, “Backbone” serves as Orphan Jon and the Abandoned’s mission statement, letting listeners know what the band does and how they do it. Krupnik’s exquisite and gritty slide guitar work is driven by an up-tempo backbeat and bass line, creating a sweet, country/gospel groove. It’s a perfect setting for English, a seasoned church singer, to cut loose with his vocal prowess – and he does. His voice is a beautiful and powerful instrument, which he uses to make a joyful sound.

The album shifts gears to ease the pace for the next three songs. “Blood Moon” takes us on a dark journey, as English sings of bad things coming and Krupnik plays more of that aggressive, dirty slide guitar. “Dance for Me Girl” is a slow, sexy blues-rocker, where the bass and drums lock in a hip-swaying beat. English sings, “Your body’s calling me in a seductive way.” Krupnik seduces with his guitar licks and by leaving lots of space between notes, he lures, rather than pursues.

A lively snare drum and tambourine shuffle and a slightly off-mic group chorus give “Drive Me Crazy” a cool revival meeting feel. English and Krupnik take turns stealing the show with their respective vocal and guitar performances.

Coming in at almost eleven minutes, “Leave My Blues Alone” is an epic undertaking for a blues album and OJATA pull it off nicely. The rhythm section keeps things appropriately spare. The guitar is both jazzy and bluesy. English fearlessly stretches out on this track and it’s an impressive performance.

“Medusa” will set speakers ablaze with another hot guitar riff from Krupnik. The track is complimented by a first-rate Hammond B3 arrangement that punches in all the right spots and yet another ass-kicking from the rhythm section. 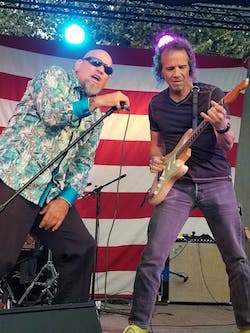 Jazz flourishes abound on “Only She Will Do,” from the cool-cat, hi-hat intro to the free-form middle section and back to the lazy, hi-hat driven outro. Krupnik cleans up his tone and his licks to lend the sophistication this song entails, and English nails the night club crooning.

By song eleven, with one more to go, OJATA prove that they still have gas in the tank for one more fast lap around the track. “Sowin Seeds” features another brilliantly nasty, blues guitar riff and stellar slide playing from Krupnik. English lets it all out, his voice full of passion and punch. He hits high notes repeatedly, seemingly without effort. The snug rhythm section throws in a breakdown that burns briefly but hot and Krupnik’s slide playing carries it to the finish line.

“Memories of Me and You” closes with touching lyrics, beautifully co-written by Jon and Carrie English, set to a refined bit of delta blues guitar playing by Krupnik.

Jon English had a rough start in life, but he made a choice to lift himself – and others – up, through music. He seems to have met a true friend and counterpart in Bruce Krupnik. Together, they’ve made Orphan Jon and the Abandoned an important addition to the American roots and blues music tapestry – and that’s something to sing about.

For more information about Abandoned No More by Orphan Jon: