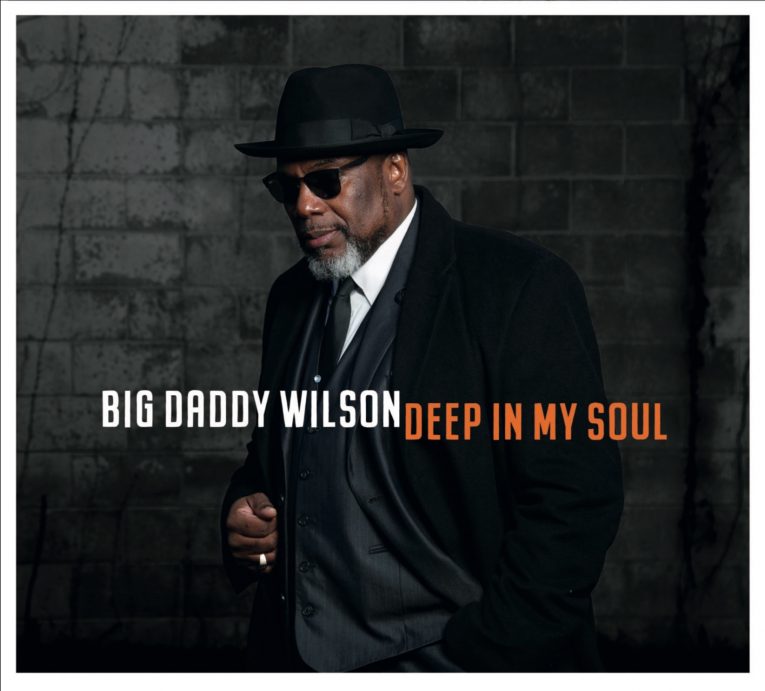 Bluesman Big Daddy Wilson is a gifted vocalist and true son of the American South whose smoky, low-pitched voice and lyric-writing ability have made him a star in Europe, where he has lived for the past 25 years. He has a way with songs few can match and is undeniably one of the most creative and authentic artists working in roots music today. The latest release in Wilson’s long discography Deep In My Soul comes out April 18th, 2019 on Ruf Records and represents a long-overdue homecoming for this multifaceted songwriter and performer and gives ample evidence of the Southern heritage that runs through every bit of his work.

Originally from Edenton, North Carolina, Big Daddy Wilson grew up as a self-described “real country boy” whose family urged him to sing in his church to protect him from the lure of the streets. He joined the Army in 1979 and ended up in Germany. There, he saw the power of live blues in local nightspots and knew he’d found the part of himself that had been missing. He quickly became known on the European circuit for his golden vocal tones and a songwriting style that referenced not only blues but funk, soul, and reggae, too. No matter what he did or where he went, however, he carried the South in his heart and injected it under the surface of his work.

Deep In My Soul was the project that lured Wilson back to the USA in May of 2018 to begin pre-production in Memphis with ace guitarist Laura Chavez and bassist extraordinaire Dave Smith. That December, tracking began at Bessie Blue Studios in Stantonville, Tennessee with Grammy-winning producer Jim Gaines (Santana, Stevie Ray Vaughan) at the helm. The record was finished at the legendary FAME Studios in Muscle Shoals, Alabama, where Etta, Aretha, and Duane Allman captured lightning in a bottle all those years ago. Even on such hallowed ground, Wilson’s art more than measured up and expanded from his normal acoustic sound to a full band set powerful enough to turn goat’s milk into gasoline.

The record opens with the smooth and brassy soul of “I Know” that shows Big Daddy Wilson giving a fresh spin to the classic soul music recipe. His genius is in his songwriting and the way he makes quintessential American styles sound new and original again. It’s a bit of magic Wilson performs over and over on Deep In My Soul that would fall flat in the hands of lesser creatives. “Ain’t Got No Money” is a juke joint dancefloor filler drenched in the best kind of human feel and packed with lyrics that will make you smile. Wilson isn’t afraid to get mellow and romantic with the ballad “Mississippi Me,” a song that lets his vocal style do what it does best. His willingness to make a record like this full of more than paint-by-number shuffles with long solos is a deep artistic statement and Wilson handles multiple genres of songwriting with complete confidence.

“Tripping On You” is fun, funky, and meant for your car radio on a sunny day. The title track, “Deep In My Soul,” has a hint of reggae to it that balances nicely with the horns and Hammond organ. “Redhead Stepchild” is low-down evil woman blues that makes Wilson’s pain into vibes that any human can believe in. The wah-enhanced guitar groove of “Voodoo” turns into a slow, hard funk about a woman that “makes a preacher want to break all the rules” and would have blown up the radio in the 1970s.

The album winds down with 47 seconds of acoustic gospel called “Couldn’t Keep It To Myself” that gives listeners a moment to breathe following the intensity of the previous tracks. It’s a great bit of music that you’ll wish was longer.

Taken as a whole, Deep In My Soul is a skillful and emotional trek through Wilson’s many abilities and should be heard in a single sitting to fully understand BDW’s talent and intentions. Look for it at year’s end on every “best blues album” list you’ll find. It’s a transcendent set of music from a performer who deserves to be a household name in the land of his birth. Buy it and thank me later.

For More Information on Deep In My Soul By Big Daddy Wilson: