Lee Roy Parnell’s immense talent and soulful approach has made him a legend in the music world, but his discriminating taste and emphasis on tone has made him equally renowned in the guitar community. His ’57 Goldtop signature from Gibson Custom Shop became an instant classic for this reason, and it continues to be sought-after by collectors and guitarists worldwide. Parnell and the talented luthiers at Gibson Custom Shop took notice, and so began the process of creating a new version based on a flametop ’59 Burst instead of a ’57 Goldtop. The construction elements remain the same, from the contoured cutaway edge to the revised pickup routes, which PARNELL prefers in order to capture more character from the wood.

Each features a hand-picked figured maple top accented by an “Abilene Sunset Fade” burst, inspired by Lee Roy Parnell’s hometown in Texas. Under the hood, each guitar features an underwound ’57 Classic humbucker in the neck, an underwound ’57 Classic Plus in the bridge, and the all-new Vintage Tone Circuit which uses paper-in-oil capacitors and vintage taper potentiometers. Every element on this guitar has been given Parnell’s seal of approval.

Watch Lee Roy Parnell Play and Talk About the Guitar Below:

“Our job as artists is to mine what lives in us, and you don’t want something fighting you along the way, you want something helping you,” explains Parnell. “This guitar plays like an extension of myself and makes you want to play more of what you naturally do well.”

“Lee Roy is a unique guitarist and songwriter who has had an impact across music genres and inspired generations of musicians to follow in his footsteps,” explains Cesar Gueikian, Chief Merchant Officer, Gibson. “I’ve had the privilege of spending time with Lee Roy, watching him play slide and create amazing sound with his Les Paul’s and all of us at Gibson are excited to see this collaboration come to life as we bring the new Custom Shop Lee Roy Parnell Signature 1959 Les Paul Standard to the market for fans around the world.” 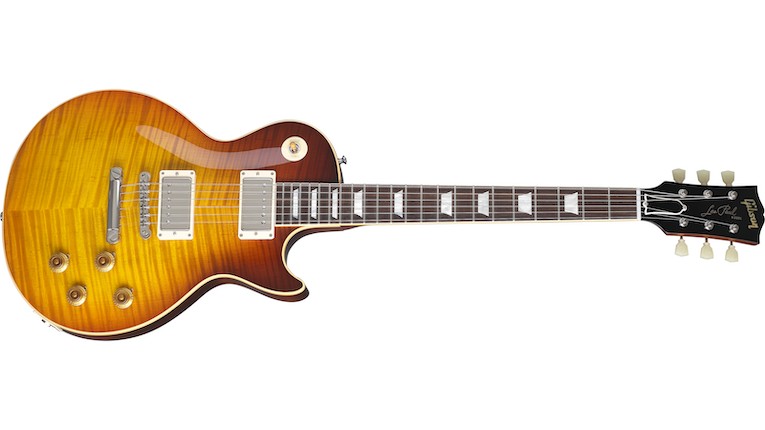 After earning a regular spot at the famed Bluebird Café and a publishing contract, Lee Roy Parnell launched his solo career on Arista Records, which produced many Top 10 hits on the country charts, including “A Little Bit Of You,” “What Kind of Fool Do You Think I Am,” “Tender Moment,” “Love Without Mercy,” “On The Road,” “I’m Holding My Own,” and “Heart’s Desire.”

Parnell has earned two GRAMMY® Award nominations for his instrumental tracks, “Cat Walk” (with Flaco Jiménez) and “Mama, Screw Your Wig On Tight,” and was nominated for CMA Vocal Event of the Year on “John the Revelator” (with The Fairfield Four). During his storied career, Parnell has toured and collaborated with many music legends including The Allman Brothers Band, Merle Haggard, Delbert McClinton, and Bonnie Raitt.

In 2011, Parnell was presented with his most cherished honor: being inducted into the Texas Heritage Songwriters’ Hall of Fame, joining the likes of such talented composers as Kris Kristofferson, Rodney Crowell, JD Souther, Willie Nelson, Guy Clark, and others. In 2017, Parnell released his first new album in over a decade—the highly-anticipated and critically-acclaimed Midnight Believer–on Vector Recordings/BFD. Parnell produced the album and co-wrote all 10 songs with award-winning songwriter Greg Barnhill, including the moving “Sunny Days,” which features a special guest appearance by The Fairfield Four. Keep up with Lee Roy on his website at www.leeroyparnell.com.