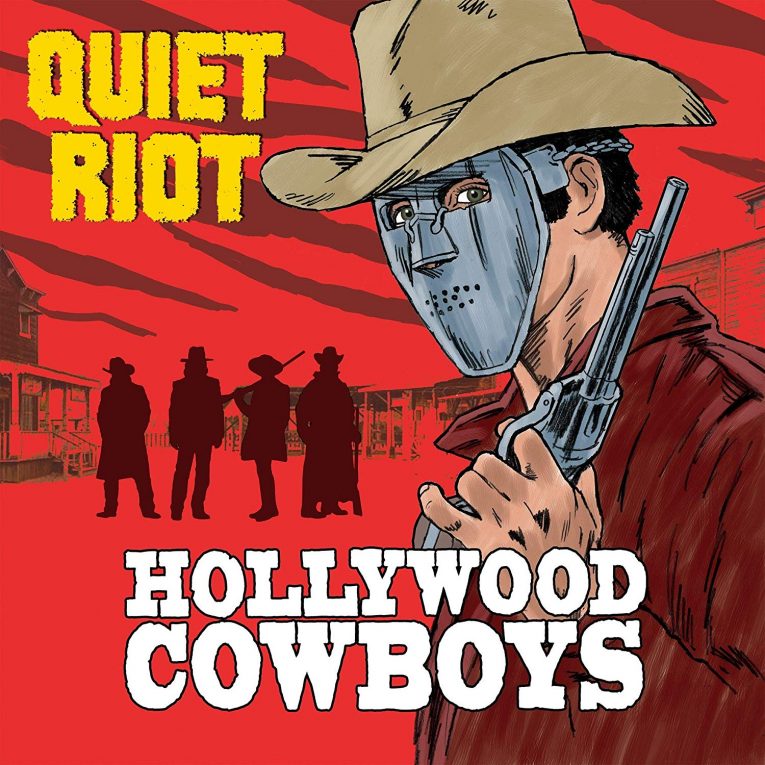 80s metal stars Quiet Riot were one of the prime movers of the original MTV days and also served as the launching pad for founding guitarist Randy Rhodes, who went on to a tragically short, brilliant career with Ozzy Osbourne. The group is still rocking hard today, however, and has a killer new album called Hollywood Cowboys that’ll explode into the world November 8th, 2019 on the Frontiers Music imprint. Produced by drummer Frankie Banali, a band member since 1982, the album serves up the kind of hook-filled, melodic metal the group has always done so well and proves beyond a doubt that Quiet Riot still packs the power to lift the roof off of any stadium in the world.

The band first formed in 1975 around vocalist Kevin DuBrow and guitarist Rhodes but experienced its biggest success with 1983’s legendary Metal Health, which became one of the defining albums of its time. There have been many lineup changes over the years but the current version of Quiet Riot featuring Banali, guitarist Alex Grossi, bassist Chuck Wright, and studio singer James Durbin (Jizzy Pearl fills the vocal spot onstage) is up to the task of carrying on the enormous Quiet Riot legacy and does itself proud in its own right on Hollywood Cowboys. Sadly, Frankie Banali is enduring some serious health issues at the present time but will hopefully be back in action sooner rather than later.

From the first notes of the opener “Don’t Call It Love,” the party is clearly on. The song is a rough, grooved surface that lays down the Hollywood sound that’s been heard around the globe. It’s all sweat, grit, glam, and guitars, just like the old days. Durbin is a smoother, more technical singer than DuBrow was and has an operatic side to what he does that’s reminiscent of Geoff Tate. It’s a good sound and adds a texture that Quiet Riot didn’t have during the more bare-knuckle DuBrow years. In the modern era of guttural metal vocals, hearing someone hit his notes is a beautiful experience.

“In The Blood” is more tough, high-energy rock that contains an amazing drum performance from Banali. He hits as hard as he ever did and drives the band forward with the authority of a stylistic originator. The song’s chorus is huge and shows the band at full steam with Durbin’s voice soaring over the top. “The Devil That You Know” keeps the magic going, with another big chorus and some extra-hot guitar slinging from Grossi. Banali’s groove is again flawless and strong and punches like it’s 1983 all over again.

“Insanity” launches with some gloriously dissonant guitar noise from Grossi and continues with Banali’s devastating double bass drum attack. It’s an absolutely thunderous track that goes hard and will blow the dust off your pant legs if played loud enough. Quiet Riot taps into a sleeker energy on the sleeper radio hit “Wild Horses.” The band plays up the hooks and melodies on this one but still keeps the energy level high. Grossi and Durbin both knock this one out of the park.

Everyone involved plays for keeps until the last moments of the final track “Arrows And Angels” and, even though it has evolved, Quiet Riot is still a viable metal band with a sound a lot of rock fans still want to hear. Hollywood Cowboys is a rock and roll set worth listening to and will do much to further the causes of guitar music and good times. Dial this record up and the head-banging will commence on its own.

Watch “In The Blood” video below.