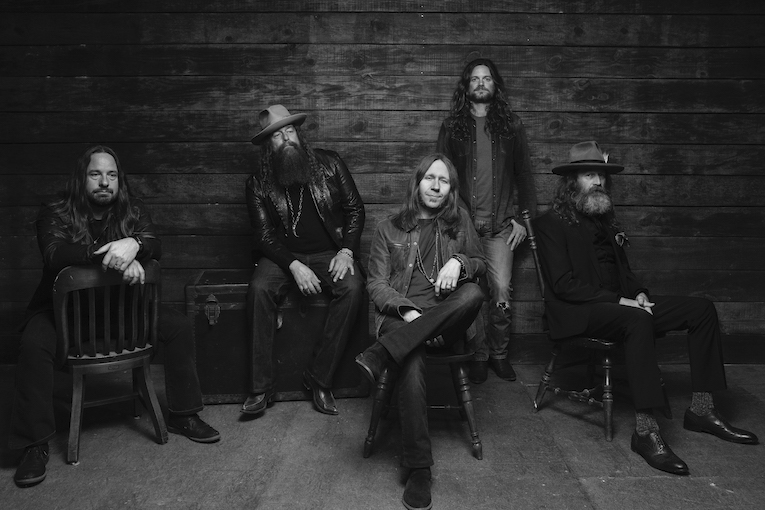 Blackberry Smoke launches another heaping helping of great rock and roll into the world with its new EP Live From Capricorn Sound Studios. The record drops June 19th, 2020 thanks to 3 Legged Records and was tracked earlier this year at Capricorn Sound Studios in Macon, Georgia. The set features new live-in-the-studio versions of six classic songs that have deep connections to the legendary room and town. The band self-produced these sessions and captured fine performances from itself and special guests Marcus Henderson, Jimmy Hall, and The Black Bettys. In keeping with Blackberry Smoke’s long-standing commitment to charitable work as well as outstanding music, a portion of the proceeds from the EP will be donated to the Recording Academy’s MusiCares COVID-19 Relief Fund.

Live From Capricorn Sound Studios marks a significant moment in Capricorn Sound Studios’ history because it’s the first time a major band has done a professional recording at the studio in over 40 years. The songs chosen for the project include cuts by The Allman Brothers Band, Little Richard, The Marshall Tucker Band, and Wet Willie and Blackberry Smoke delivers cover versions full of both reverence and fervor. Blackberry Smoke members Charlie Starr (vocals, guitar), Richard Turner (bass, vocals), Brit Turner (drums), Paul Jackson (guitar, vocals), and Brandon Still (keyboards) hit each song with everything they’ve got and pay tribute to the immortal Southern musicians who made history at Capricorn back in the day.

The EP opens with Blackberry Smoke’s potent take on the Allman’s “Midnight Rider,” one of the cornerstones of the Southern Rock canon. The Smoke turns in a straight-ahead cover of a song that’s practically impossible to improve upon that showcases the group’s knowledge of and love for the music of the ABB. Vocalist Charlie Starr sings the plaintive melody and lyrics like he lived them and the entire band does an outstanding job of showing love to The Brothers’ groove and arrangement. Famously, Gregg Allman broke into Capricorn to record the original demo of “Midnight Rider,” so its inclusion here couldn’t be more fitting. Charlie Starr even plays Duane Allman’s iconic Gibson Les Paul Goldtop guitar on the song just to take the coolness level that much higher.

Blackberry Smoke also takes on The Marshall Tucker Band’s sprawling “Take The Highway” with current MTB member Marcus Henderson dropping in to contribute the song’s signature flute part. Again, The Smoke stays true to the spirit of the original while still adding in its own authority and energy. Spin it now to relive 1973 all over again. Covers of Wet Willie tracks “Keep On Smiling” and “Grits Ain’t Groceries” make their appearance with WW member Jimmy Hall on lead vocals and vocal group The Black Bettys handling backups. Both are stellar.

The band veers back to the Allman catalog for a hot version of “Revival” that will lift your mood and get your bones shaking. The Black Bettys contribute background vocals once again and add much to the sanctified feel of this timeless track. Charlie Starr and Paul Jackson knock the Duane-and-Dickie guitar parts out of the park and the rhythm section of Richard and Britt Turner make this one big celebration of music and happiness. Little Richard’s “Southern Child” finishes the record with a strutting rock and roll beat and soulful vibe that the recently-deceased Mr. Penniman, a Macon native, would surely have approved of. Live From Capricorn Sound Studios is a wonderful set of perfectly-curated Southern songs writ large by the always-mighty Blackberry Smoke. Clear out a spot in your listening rotation for it because you’re going to want to keep it around for the rest of the year.

Listen to “Keep On Smiling” 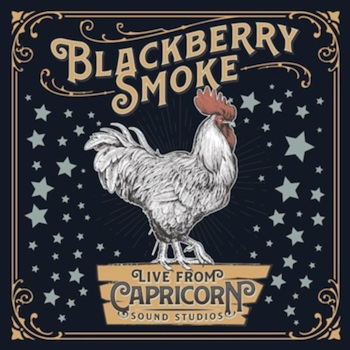