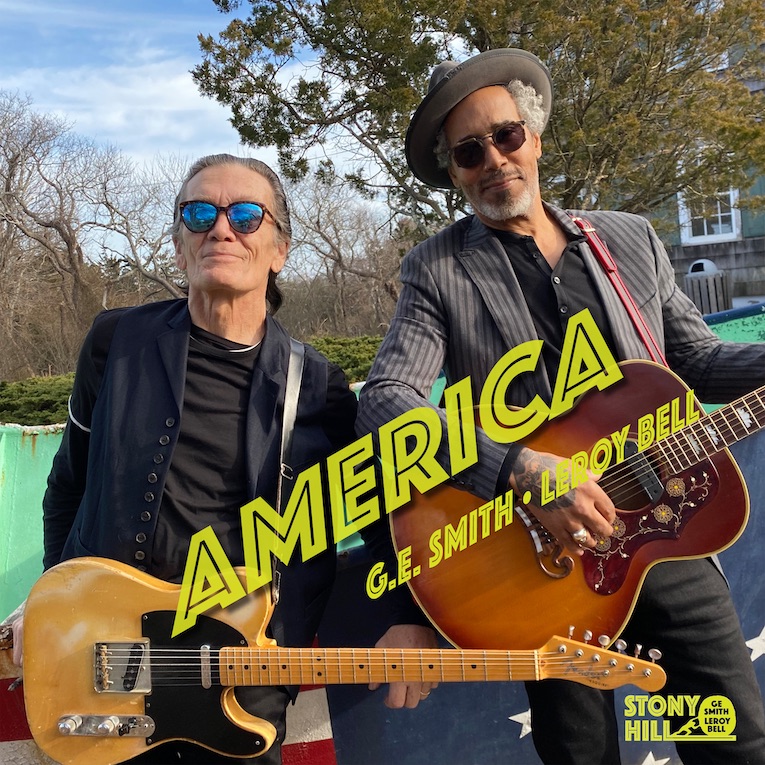 The collection chronicles an in depth look at where we stand as an American democracy without prejudice or presumption. LeRoy delves into the pulse of the American culture with his wise tone and delivers the eleven co-written songs with conviction. “I’ve been looking for a great singer for thirty years, at least – not just a good singer, but a great singer,” Smith recalled of first hearing Bell in 2018. “I said: ‘that’s the voice – that’s the one I’ve been looking for!’”

Perhaps best known for his decade as the distinctively ponytailed musical director for Saturday Night Live (for which he won an Emmy), Smith’s career has also included six years with Hall & Oates at the height of their multi-platinum powers; NET (never ending tour) with Bob Dylan and Rogers Waters. Smith also was sideman to David Bowie, Mick Jagger, and Tina Turner; He was the band leader for everything from the Rock ‘N Roll Hall of Fame Museum concert to Dylan’s 30th anniversary show at Madison Square Garden.

Meanwhile, Bell was carving out a career as a hit songwriter for the likes of Elton John, Jennifer Lopez, Teddy Pendergrass, and The Three Degrees, while also releasing records with duo Bell and James (including successful single “Livin’ It Up (Friday Night)”), and a string of solo albums. Today the leader of his own band, LeRoy Bell and His Only Friends, Bell earned legions of new fans as a finalist in the inaugural season of TV’s smash reality music competition The X Factor in 2011.

Lead single from the album, “America”, personifies the catchy yet clever tone throughout Stony Hill, sweetening its weightily nostalgic message with an irresistible hook. “When we played ‘America’ live … by the middle of the song – first time they’ve ever heard it – people are singing it with us,” marveled Smith. “And that’s always a good sign!”

Stony Hill was recorded in 2019 at Applewild Farm in Bridgehampton, N.Y., and mixed at Grand Street Recording in Brooklyn, with Smith handling both production and mixing duties. Former Free/Bad Company drummer Simon Kirke (a neighbor of Smith’s) contributed his famed feel to the album, which will be released this summer through BMG.