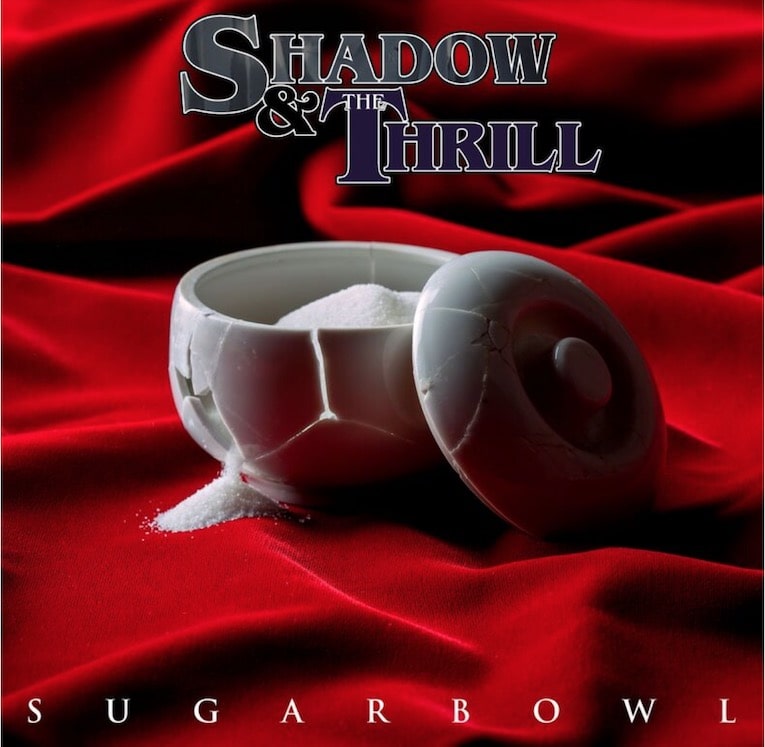 Shadow & The Thrill comes out hard and fast on their debut platter Sugarbowl, released August 14th, 2020 via Deko Entertainment. The band steps to you straight from the streets of Los Angeles and New Orleans, splitting the difference between the sounds of those cities in a remarkable way. The sound is blues-influenced rock with elements of funk, guitar pop, and classic hit-single songwriting liberally mixed in. Principal band members are Grammy-nominated Tony Cardenas-Montana (Great White, Slash,  TwentyTwo Hundred, Jack Russell’s Great White) on lead vocals, all guitars,  bass, and harmonica and session drummer and producer  Brentt James Arcement (Fiona Apple, LIVE, Bullet Boys, The  Black Mollys, The New Black Seven, Scarlet Crush) on drums, percussion, and keyboards. Together, these two consummate pros have created an album experience with Sugarbowl that’s as good or better than the greats of old.

Sugarbowl was mixed by the certified multi-platinum and Grammy Award-winning, Sylvia Massy (Johnny Cash) and presents Tony and Brentt in absolutely top shape. The pair has an undeniable chemistry that permeates every moment of the record and lets them combine their personal influences in a fresh way. Their mix of rock and groove styles is fun, compelling, and original. As an entity, they have the power to write their own ticket and take this album around the planet.

The first track, “Lovesong,” is a high-octane hit in waiting. It’s the kind of anthemic FM radio rocker that launches successful careers and hits that straight-up pocket that we all love. “Write me a love song, made for the radio. Make it a good one, words that everybody knows” sings Cardenas-Montana in his soaring but roughened tenor voice over chunky guitars that will make you downshift and stomp the gas pedal. It’s an epic introduction to Shadow & The Thrill as a concept and it makes an immediate impression. It’s blend of a huge chorus and fleet-fingered guitar work is the sound of life itself.

“Misery” dips into the heavy blues/rock bag for a Zeppelin-ish mid-speed jam that grabs hold and never lets up. Tony’s guitar and vocals fly high while Brent’s drums give the track a stiff backbone. This is as old-school as it gets and it’s mighty, indeed. “The Grind” is another outstanding track with a big hook and a funky verse that comes out of nowhere to impart the song with some serious personality. The guys bring it all on this one and their love of rock and roll is most evident.

The titular track, “Sugarbowl,” has a Hendrix/Voodoo Child vibe at the outset that quickly becomes a heavier, more melodic piece. The band again drops some funk into the middle before the rock comes back around just to keep things lively. The level of songwriting on this set is way beyond what most groups are capable of and these cuts are consistently memorable from front to back. Factor in the vocal and instrumental horsepower on tap and this is a tough record to dislike. It’s just all right there.

Full-length listeners will be rewarded with a slow and simmering pass through Gnarls Barkley’s hit “Crazy” that will have you reaching for the “repeat” button. Gone is the original’s pop veneer and, in its place, is an edgy blues/rock/soul attitude that completely transforms the song. Tony’s lead guitar work and voice are on point here and will take you where you want to go. It’s arguably Sugarbowl’s finest moment and demands your intense listening. Shadow & The Thrill is a killer project from two multi-dimensional musicians who have their take on rock music fully locked down. Open the windows and let it blast.