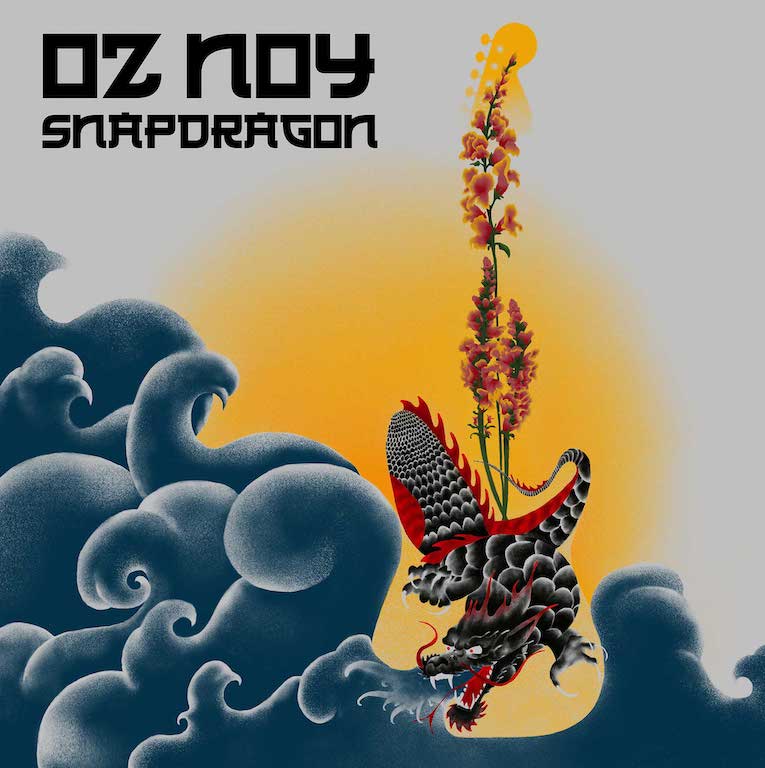 Noy is a true experimentalist who lives on the common ground shared by Thelonious Monk, James Brown, Jimi Hendrix, Frank Zappa, and Stevie Ray Vaughn. His tunes freely mix bop, funk, and rock ideas with an individualistic creative streak that’s full of edge, dissonance, and the element of surprise. Snapdragon is full of fresh, inventive sounds that reference old-school organ combo jazz and two-horn soul but fit perfectly into our present moment in time. Making all that sound easy and fun reveals his true level of genius.

Born in Israel, Noy began playing professionally at just 13 years old doing jazz, blues, rock, and pop. Since moving to New York City in 1996, he’s become an influential and intoxicating presence in the world of instrumental music whose focus is firmly on the groove. Noy has a mountain of chops that allows him to employ wide and weird intervallic leaps, subversive harmony, and blasts of electric distortion over the top of agile funk beats that keep him accessible and relevant. Where other jazz/fusion types become cerebral and cold, Noy remains sweaty and kinetic. As Noy has said, it’s jazz; It just doesn’t sound like it.

Oz starts Snapdragon with the edgy bop/funk of “Looni Tooni,” a wonderfully energetic composition that features Noy working off trumpeter John Sneider, drummer Dennis Chambers, and bassist Will Lee. Sneider’s tone and phrasing are gorgeous and the head melodies he shares with Noy are aggressive and fresh. Still, the track is tuneful and physically motivating. Jazz doesn’t often make you dance until you drop anymore but this will. “Tired But Wired” is atmospheric, chilled out, and a little off-kilter in a subtle and charming way. Here, Noy has saxophonist Chris Potter as a melodic foil and the two players share melodies and exchange improvisations that compliment and connect. The arrangement rises and falls with dynamic balance and maintains an expansive mood throughout.

“Outer Look” puts down a hard funk groove full of sharp corners that become moments of exquisite swing. The track is also most likely the final recording of jazz trumpet virtuoso Wallace Rooney, who passed away from COVID-19 complications in the Spring of this year. Noy’s body-rocking approach to the fusion of jazz and funk is out in full bloom here and he and Rooney both deliver performances that snap and crackle. Noy’s unique rhythm guitar style and heads are mighty and memorable and do a lot to give him the sort of ever-elusive musical identity most players spend their lives chasing.

One of the coolest cuts on Snapdragon is our man Noy’s emotive take on The Zombies’ 60s hit “She’s Not There.” It’s a shot of rhythmic, dissonant bliss that keeps the melody up front while Noy rides from inside to outside and back again. He brings jazz, blues, and country guitar ideas into this mid-tempo gem and genuinely makes this famous song completely his own. Noy’s rendition of Thelonious Monk’s “Bemsha Swing” is also worth sticking around for, especially for those wanting to hear Noy push his playing to the outer reaches of melodic thinking. Noy is bold and adventurous on this one, using equal portions of sour and sweet to keep us hanging on, waiting for each new note. It’s epic, impressive, and everything you want it to be. Oz Noy is one of the most compelling and original guitarists to be found right now and Snapdragon needs to get into the ears of modern music lovers everywhere. Go where it takes you.