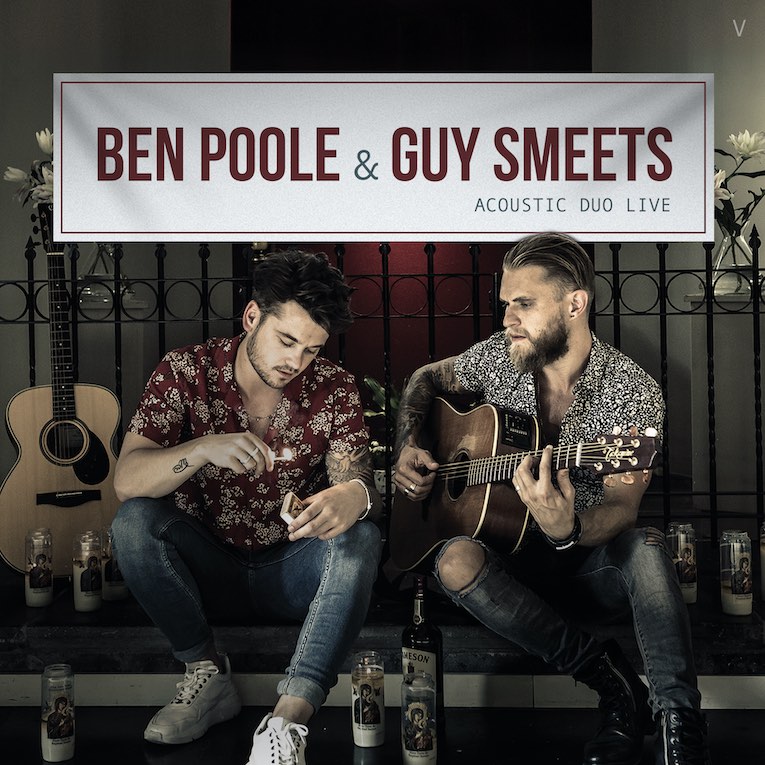 Poole and Smeets captivate and entertain the assembled crowd with nothing but acoustic guitars, vocals, stellar songwriting, and unforgettable grooves. The two men have become close friends over the past decade, sharing stages all over the world. They did their first multi-country headline tour together in 2019 and it went so well that an album was inevitable. Will they make their acoustic work a regular part of their touring life in the post-pandemic universe? We certainly hope so.

At just 28 years old, Ben Poole has already drawn high praise from the likes of Jeff Beck, Gary Moore, Beth Hart, Kenny Wayne Shepherd, and Richie Kotzen. Major music publications and radio presenters consider Poole to be one of the most vital and exciting blues/rock/soul musicians to come out of the UK in recent memory. He’s a ripping guitarist, an emotive singer, and a songwriter of singular gifts. Poole’s latest album, Ben Poole Trio Live ’19 was released to critical acclaim.

Guy Smeets is a young, charismatic Dutch guitarist, composer, and entertainer with strong roots in the blues who has gone on to become a multifaceted artist with a well-defined personal sound. Together, these two are an unstoppable acoustic force that can bring the heat every time they hit the stage.

Acoustic Duo Live gets underway with the upbeat and funky “Let’s Go Upstairs.” Poole and Smeets establish a huge pocket between their two guitars and crawl way down in it. Poole’s amorous vocals fly across the top with precision and Smeets drops in a hot-handed guitar solo that’ll throttle you through your headphones. Pretty heady work for just the first song but these two have maxed out their duo format and taken it beyond what anyone could have expected.

“Take It No More” drops down to a chugging, mid-tempo feel with a heavy dose of blues to the intro and verse that gives way to a radio-worthy chorus and bridge. Again, the groove is impeccable and seductive, as is the interplay between the guitars, especially in the stretched-out middle jam. Poole and Smeets are intensely rhythmic and they make their songs sound complete without a bassist and drummer.

One of the best songs on Acoustic Duo Live is a rocking cover of Canned Heat’s eternal hippie anthem, “Going Up The Country.” Poole provides a hard-edged rhythm guitar part that fuels Smeets to take his solo to right to the edge before they drop their dynamics way down for a few tight, quiet instrumental choruses. Both of these guys are top-tier guitar players and hearing them work out in this stripped-down setting is nothing but a treat.

Speaking of guitar playing, another fun moment on the record is the aptly-titled “Guitar Duel,” which features almost ten minutes of Poole and Smeets engaging in a good-natured head-cutting competition with each other for the extremely appreciative crowd. It’s a great live show tactic full of blazing chops, humor, and expression that puts each player’s ideas on full, freestyle display. Don’t miss it. Our men close out the eight-song album with a completely reworked medley of mega hits “Billie Jean,” “Smoke On The Water,” “Seven Nation Army,” “Purple Haze,” and “I’m Losing You.” Ben and Guy bend, pull, and reshape these songs in their own image and infuse them all with major acoustic firepower. You can tell they’re having a great time just playing tunes for the people there and for themselves.

Acoustic Duo Live is an amazing set of music from two of the finest players out there. Poole and Smeets leave it all on the stage in this document of an outstanding night of real music. Highly recommended.