The Bad Flowers Release New Video, Who Needs A Soul 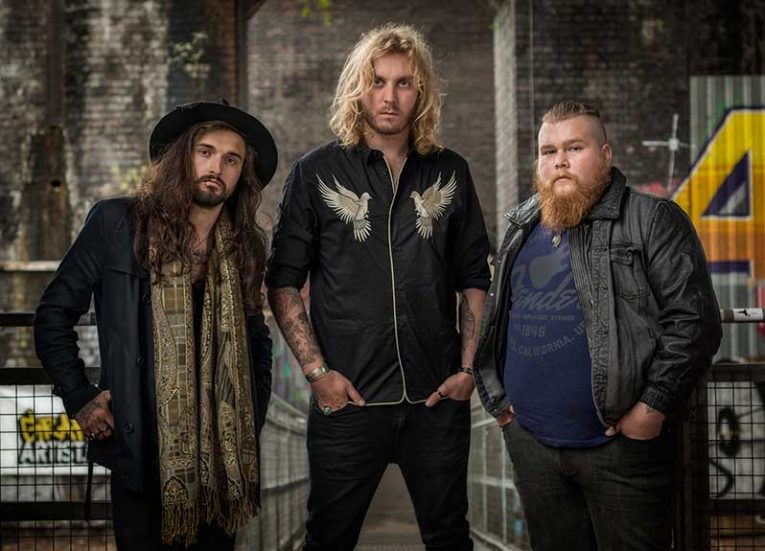 UK-based hard rock band, The Bad Flowers, have today launched their official lyric video to support their single, “Who Needs a Soul.” The single will be released Sept. 14 and coincides with their Planet Rock Presents co-headline with Federal Charm tour starting Sept. 19th.  Special guests will be Those Damn Crows.

The Bad Flowers rise to fame kicked off when the band released their critically acclaimed debut album Starting Gun in February 2018. The band embarked on a UK tour supporting Stone Broken and Jared James Nichols the same month. This summer, The Bad Flowers play several music festivals including Steelhouse, Stone Free, Hard Rock Hell, followed by Planet Rockstock in December. Their recently released debut album Starting Gun is the follow up to 2016’s self-titled EP and shows the great progression of songwriting and musicianship of The Bad Flowers over the past two years.

With a new energy, the revitalized team of  Bowe, Morawski, Guyer, Zahler set to work, over the following months, bonding, writing and recording, and opening the shows for UFO, Y&T and  for Thin Lizzy’s legendary Brian Downey and his band Alive And Dangerous.

The band’s co-headline UK tour with the Bad Flowers is timely, as the band will preview material from their new album “Passenger” which will be released in autumn 2018.

Fans who pre-order the album will get the first single “Choke” as a digital free instant grat track. The album can be pre-ordered via iTunes, Amazon and Spotify. The CD will be available on the merch desk when Federal Charm tour with The Bad Flowers from Wednesday 19th September.

For more information on The Bad Flowers:

For more information on Federal Charm: