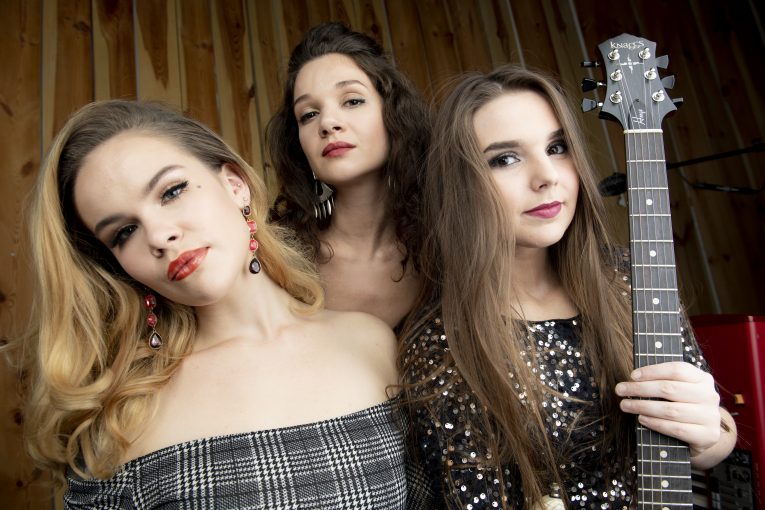 We are pleased to premiere the video for Ruf Records’ Blues Caravan 2019 featuring Ally Venable, Ina Forsman, and Katarina Pejak. “They Say I’m Different” is a Betty Davis cover with tons of grit and sass performed by three highly talented musicians in preparation for this rocking Blues Caravan tour in 2019.

This is modern blues with an ode to some of the blues greats such as Aretha Franklin, John Lee Hooker, Ray Charles, The Rolling Stones, Elmore James, BB King, Jimmy Reed, Big Mamma Thornton and more. It’s rhythmic and bluesy with a contemporary twist. Watch the video below.

“I can’t wait for everyone to see the new Blues Caravan 2019 music video. I had such a great time singing with Ina Forsman and Katarina Pejak and playing guitar on this tune with this talented group of musicians. A lot of hard work went into making this and it shows! The 2019 Blues Caravan Tour is going to be killer!”  — Ally Venable

The Blues Caravan keeps on rolling. In a shifting music industry, you can rely on Ruf Records’ annual revue tour as the gold standard for modern blues. This year, just like every year since the first blues caravan in 2005, you can expect a night of house rocking live music, as three unique artists hit the stage at clubs across the US and Europe. It’s your first glimpse of the scene’s hottest artists!

“I came up with the idea to do a song from Betty Davis, because she is such a badass artist and her songs are full of unapologetic female power. We added our own twist in the song by calling out our favorite artists and influencers in the song.”–Ina Forsman

With past alumni that include Samantha Fish, Oli Brown, Joanne Shaw Taylor and Mike Zito, the Blues Caravan’s glittering track record speaks for itself. This year, as the lights go down, get ready to scream and stamp for a triple bill that’s set to pass into Blues Caravan folklore.

“So happy to have done a cover of a Betty Davis song for the Caravan! It really showcases what the BC audience is in for – a fun and versatile show with a touch of girl power! Very excited to be a part of it all.” — Katarina Pejak

Here are your new favorite artists:

Ina Forsman
Ina is no stranger to anyone who’s serious about modern blues. The Finland-born powerhouse vocalist lit up the Blues Caravan back in 2016, when we first heard her head turning smoky vocal. This time, Ina returns to the Caravan with the speaker-rattling soul, blues, Latin and acid-jazz flavors of her upcoming second album, Been Meaning To Tell You.

Ally Venable
They don’t come much more powerful than guitar slinger, singer Ally Venable who adds her modern twist to the proud heritage of Texas Blues. Venable has gathered armfuls of awards for her burn-it-down guitar style and original songs on her recent Puppet Show release. As she lights up the Blues Caravan 2019 with her locomotive rhythm section of Roger Innis on bass and Elijah Owings on drums, you’ll become a convert if you aren’t already.

Katarina Pejak
With her soulful piano playing, passionate jazz vocals and previews of her songs on her forth coming Mike Zito-produced album, this Berklee College of Music graduate will have the crowd in her hand. Her music is a blend of blues, country, jazz and rock n’ roll wrapped in a piano driven sound. “Between me and the other two ladies, the audience will get a 360 tour across the crossroads where blues meets other genres. 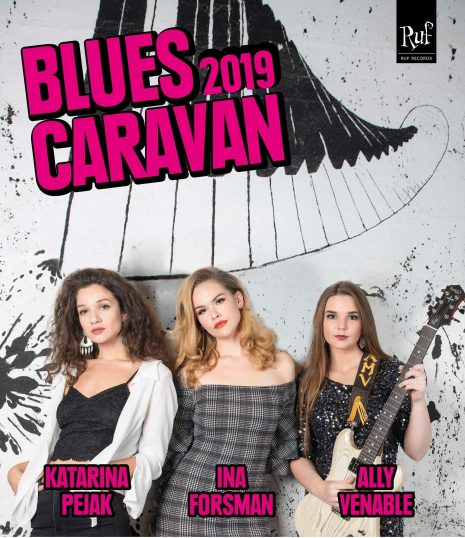