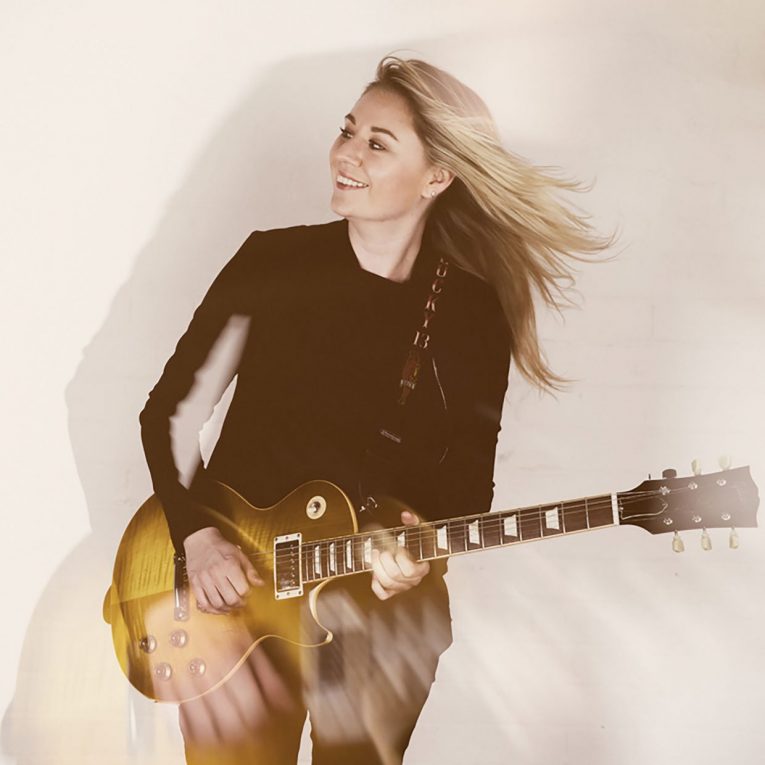 “The Best Thing” is her new video off her sixth studio album, Reckless Heart, out May 17, 2019 in the U.S. via Silvertone/Sony featuring 11 songs and produced by Al Sutton.

Joanne Shaw Taylor has established herself as the UK’s number one star of the blues rock world. With a scorching, soulful voice, JST has toured extensively around the world, released critically acclaimed albums and gained a global fan base as well as having the honor of playing alongside some of her musical idols.

Joanne’s debut album White Sugar first opened the door and Joanne’s career has since gone stratospheric, with her breaking the notoriously hard-to-crack US market. She beat the stereotypes of her age and gender, gaining acclaim from critics and peers alike. Subsequent albums; Diamonds in the Dirt, Almost Always Never and Songs From The Road followed and saw Joanne’s fan base rise globally.

In 2014 Joanne reunited with her White Sugar album producer Jim Gaines and recorded her new studio album in Memphis. That album entitled The Dirty Truth was a return to Joanne’s original sound that mixes rock riffs with blues influences. The album was released in the UK in September 2014 on Joanne’s own independent boutique label Axehouse Records to critical acclaim across the world and has already become her biggest selling album to date.

Joanne is a bona fide star with famous fans across the guitar world including Joe Bonamassa ( who described her as a superstar in waiting ), Tedeschi Trucks, Kenny Wayne Shepherd, Wilko Johnson, Glenn Hughes and John Mayall to name but a few.

Following critical acclaim in 2016 including performances on Later With Jools Holland, BBC’s Glastonbury coverage and outstanding reviews for her latest album Wild, Joanne toured extensively to sell out audiences in 2017 which included a major theatre tour in the UK which visited London’s Royal Festival Hall, Manchester’s Bridgewater hall and Birmingham’s Symphony hall (to name a few). Having just completed a one month tour across America, 2018 is looking very bright for Joanne Shaw Taylor as she embarks on the next chapter of her expanding career.

For more information on Reckless Heart by Joanne Shaw Taylor: