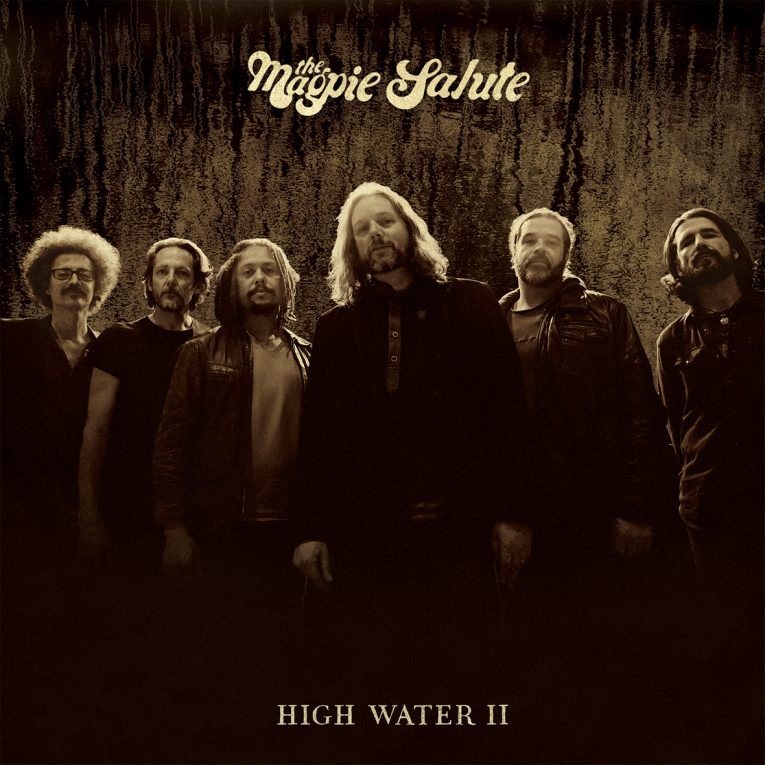 The band was formed by guitarist / singer-songwriter Rich Robinson, joining forces with former Black Crowes bandmates Marc Ford (guitar) and Sven Pipien (bass), along with vocalist John Hogg, drummer Joe Magistro, and keyboardist Matt Slocum. Kicking off their collaboration with a seminal show in Woodstock, NY in 2016, the band has toured with the likes of Govt. Mule, The Avett Brothers, and Blackberry Smoke.

“We’re all really happy to put out the second half of High Water,” says Robinson. “Since its inception, I always viewed it as a single piece. High Water ll will tie together both albums into a whole journey.”

With High Water II, The Magpie Salute invites listeners into their storytelling and sing-along sound. As stated via “In Here”:

We stand alone in our creation
And lay it out for you
So come on in I’ve got some answers, tell you what to do