Video of the Week: Vintage Trouble ‘Blues Hand Me Down’ 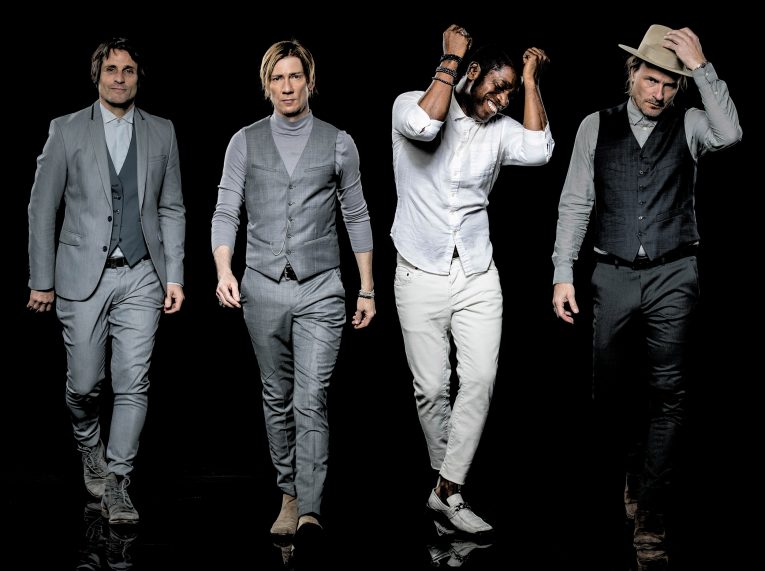 By Martine Ehrenclou
If you haven’t heard of Vintage Trouble, it’s time you do. This is one outstanding band formed in 2010 by singer Ty Taylor and guitarist Nalle Colt who recruited Rick Barrio Dill on bass and Richard Danielson on drums. Rock n’ Roll’s best kept secret, Vintage Trouble is swaggering rock, soulful blues, R&B, and some pop. Having toured 3,000 shows across 30 countries with The Rolling Stones, The Who, AC/DC, Lenny Kravitz and Bon Jovi, Vintage Trouble is hot and fresh.

“Blues Hand Me Down” is from their album Bomb Shelter Sessions. This soulful four-man band is a blend of R&B and Rock & Roll.

Vintage Trouble has appeared on Jimmy Kimmel Live!, Conan, The View, and The Tonight Show. They initially took their music outside the USA, as part of a strategy conceived by legendary manager Doc McGhee. “If you look at the history of people like Amy Winehouse, Duffy, or James Blunt, they came [to America] first and didn’t make it. Then, they went back over to England, and blew up. We just decided to go to Europe first, and when they were accepted there, we would have a story to share here. That’s basically what happened.” McGhee wanted to get them in front of as many people as possible, and the strategy worked. “It was pretty simple. The concept was to get all the Troublemakers together, and those people spread the word. We got Brian May to give us some dates, and also some stadium shows with Bon Jovi.

With three albums to their name plus a couple of recent EPs, Vintage Trouble is one of my favorite bands. I saw them live and I can tell you they put on one incredible show. Dazzling? Yes. Star power? Absolutely. Tight and strong with great tunes? Yes. And Ty Taylor is something else on stage.  With cracking drumming, slamming guitar riffs, and brilliant vocals this is soul-influenced rock and roll at its absolute best.