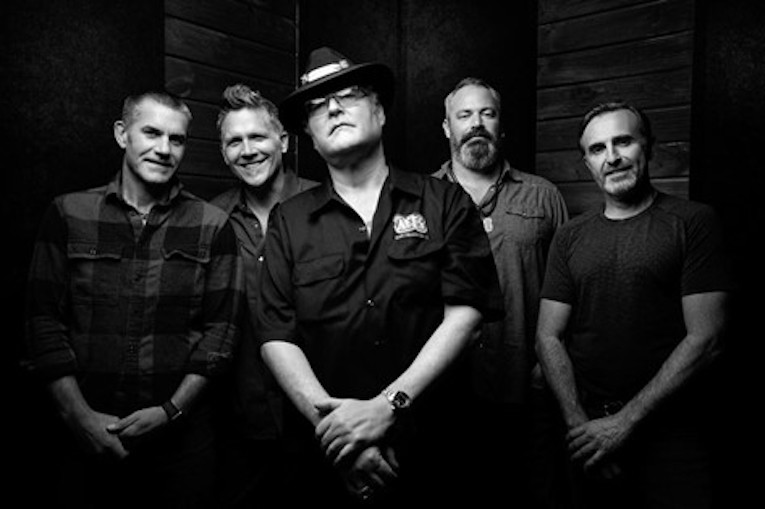 A Collection of Re-Imagined & Recharged Classics

From The American Blues Songbook featuring

Los Angeles, CA:  Blues Traveler today announced the release of their new studio album Traveler’s Blues on Round Hill Records, a collection of re-imagined and re-charged classics from The American Blues Songbook, set for release on July 30, 2021. In addition, two singles “Funky Bitch” and “Ball & Chain” (feat. Christone “Kingfish” Ingram) will be released today, June 7th. Listen to both below.

Now, Blues Traveler are taking a leap forward on their fourteenth full-length album, Traveler’s Blues (Round Hill Records). This time around, the quintet—John Popper (vocals, harmonica), Chan Kinchla (guitar), Tad Kinchla (bass), Ben Wilson (keyboards) and Brendan Hill (drums), along with a few guests have made the record they were always meant to make, an eleven-song album… something old, something new, something borrowed and something blues.

What a killer song! Blues Traveler digs into the funky groove with sweet guitar, dynamic harmonica, expressive vocals—this band has it down.

Blues Traveler burst onto the scene in 1987 and hit the ground running with a trio of gold-selling albums—Blues Traveler (1990), Travelers and Thieves (1991) and Save His Soul (1993). Their next album Four (1994) went six-times platinum and spawned the definitive “Run-Around,” which garnered a GRAMMY® Award in the category of “Best Rock Performance By a Duo or Group.” The band logged another platinum album with Straight On Till Morning in 1998 and spent the next twenty years selling out shows on multiple continents before releasing Hurry Up & Hang Around in 2018.

“Back in the day, we were all into blues,” says Chan. “We even started as a high school blues band. That’s why our name is Blues Traveler! So, it was fun to come full circle and really get back to blues more than we’d ever planned. It took a lifetime for us to play this style well. There’s no way we could’ve pulled off this album when we were younger. After thirty years, we finally made the record we aspired to make as kids.”

Retreating to Nashville in late 2020, they reteamed with GRAMMY® Award-winning producer Matt Rollings (Willie Nelson) and rather than overthink anything or over prepare, they dove right into the deep end.

“We went in there and knocked it out,” Chan recalls. “If you overproduce blues, it sounds like shit. Blues is supposed to feel alive. We wanted to keep it raw and immediate. We had a solid start, so we just had to capture the moment. On our first album Blues Traveler in 1989, we knew those songs cold from playing them in bars for years. That’s probably the last time we came in that organized. We’d never done anything like this before. This was like doing standards. We weren’t trying to cover the way the artists had done the songs; we were trying to make them our own.”

That’s exactly what they did. A swaying twelve-bar blues progression holds down Jimmy Reed’s “You Got Me Runnin’” (feat. Crystal Bowersox) as harmonica and piano entwine. Swaggering piano struts through tambourine on the Mississippi Sheiks’ staple “Sittin’ On Top of the World” (feat. Warren Haynes) before Popper and Warren trade verses, and Chan and Warren trade licks.

“It’s an old blues song, but we brought a modern jam vibe to it,” he continues. “We’ve known Warren since 1990 when we opened up for The Allman Brothers. We’ve played with him in various ways for three decades. He’s an amazing musician and a wonderful guy. It’s cool we’re still rocking together after all these years.”

Then, there’s their take on the Gnarls Barkley smash “Crazy” (feat. Rita Wilson & John Scofield). As the beat simmers, Popper leans into the iconic lyrics with palpable charisma before Scofield rips a lead and Rita delivers a powerhouse counter-vocal. On Son Seals’ “Funky Bitch,” they dive into a fluid jam and proudly “Let our Blues Traveler flag fly,” according to Chan. “Roadhouse Blues” serves as a raucous Doors tribute and revs up as a “cool harmonica vehicle.” Meanwhile, “Need Your Love So Bad”—originally made famous by Little Willie John—brings them into new territory altogether, while “Trouble in Mind” (feat. Keb’ Mo’) which dates back to the 1920s but has been recorded by everyone from Johnny Cash to Nina Simone, concludes with a scorching soul duet uplifted by bass-y piano, lyrical soloing, and vibrant harmonica.

Other songs on the album include “Tore Down,” “Call Me The Breeze,” and the single “Ball & Chain.”

“Blues Traveler is not just a band; it’s a lifestyle,” Chan leaves off. “Blues Traveler is our life’s work. It’s enabled us to do so many other things. This little tribe we built in New York during the late eighties has survived all the way through—plus or minus some dearly departed brothers and sisters. It’s empowered us to be creative, make people happy and travel around spreading some good vibes. The longer we do it, the more we like it. Now, people know we can actually play the fucking blues too.” 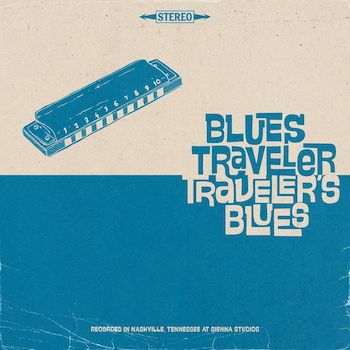