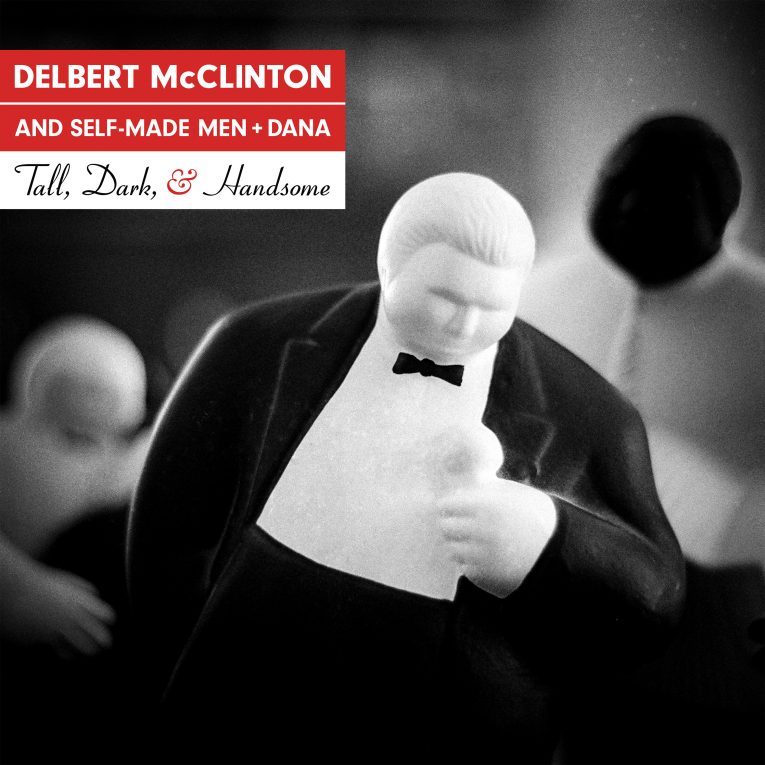 Texas songwriting legend Delbert McClinton is back in action with his 26th album Tall, Dark, & Handsome, which hits the highway July 26th, 2019 on Hot Shot Records. McClinton is a three-time Grammy winner whose songs have been covered by major artists including Emmylou Harris, Etta James, Vince Gill, George Strait, Martina McBride, and Wynonna Judd. He has been inducted into the Texas Heritage Songwriters Hall of Fame and toured and/or collaborated with The Beatles, Tom Petty, Bonnie Raitt, Mavis Staples, B.B. King, Howlin’ Wolf, Muddy Waters, Jimmy Reed, Freddie King, and many others.

McClinton just has a way with song that can’t be denied. It takes in all flavors of American roots music and infuses the mix with an easy and poetic lyrical flow that’s conversational and authentic. His powers are in full effect on Tall, Dark, & Handsome, an outstanding set of new music tracked with his band the Self-Made Men + Dana. The group is comprised of Dana Robbins (saxophone), Jack Bruno (drums), Mike Joyce (bass), Bob Britt (guitar), James Pennebaker (guitar), Quentin Ware (trumpet), and Dennis Wage (keyboards) and they know just what to do with McClinton’s tunes. The sessions went down at the Rock House recording studio in Franklin, Tennessee and were co-produced by McClinton, Bob Britt, and Kevin McKendree.

The record kicks off in fine style with “Mr. Smith,” an invigorating jump blues number in the Big Joe Turner mold. It’s a fun way to get the party started and displays the band’s ability to channel this vintage vibe the right way. “If I Hock My Guitar” gets down to some swampy rock and roll with a subtle Chuck Berry influence on the groove. It’s a hard-luck story with a sense of humor about an aspiring musician who may have overestimated himself and is the kind of song Delbert McClinton writes better than anybody else.

“No Chicken On The Bone” is a Django-esque pre-war jazz swinger about an irresistible mystery woman who our singer hasn’t even met yet. The lyrics have the feel of those racing thoughts we get when we have a crush and their tension is palpable. Stuart Duncan adds some Hot Club-style jazz fiddle throughout and helps to make this one of the best cuts on the record. “Gone To Mexico” slips over the Southern border in the most delicious way with a gorgeous horn section leading the charge. It’s a song about ditching all your problems “by the side of the road” and heading south to be “the solitary man.” McClinton is so good at these kind of character study songs that they almost feel like dramatic monologues, pulling you deeper into the persona of the moment with every line.

“A Fool Like Me” is classic McClinton from its strutting Big Easy second line pocket to its sassy breakup lyrics that tell an attractive young woman that “I can’t love somebody who’d fall for a fool like me.” It’s the kind of song that makes people dance and smile and Delbert makes it look easy.

The last two songs on Tall, Dark, & Handsome take a hard left turn from the preceding tracks, taking listeners off-road into more dangerous territory and leaving them there. “Temporarily Insane” is a bleak, dissonant song that seems to be about a descent into schizophrenia, with someone wondering “Can anybody hear these voices in my ear telling me I’m going down the drain?” It’s a frightening and weirdly intimate song that explores the depths of McClinton’s mind and artistry. The final song, titled simply “A Poem,” begins with an Emily Dickinson-like buzzing fly before becoming a lo-fi abstract acoustic blues of less than a minute’s duration. It’s an unsettling way to end the album compared to the wide smiles found in previous tracks but it hits an emotional target nonetheless, one that each listener will have to interpret for themselves.

In the big picture, Tall, Dark, & Handsome by Delbert McClinton is a tremendous record by one of America’s great songwriters. There isn’t a mood or person McClinton can’t invoke and his graceful, rough-hewn poet’s heart is always a pleasure to explore. He’s still at the leading edge of roots music after 26 albums with plenty more gas in the tank, it would seem. Delbert McClinton helps to define what it means to be a songwriter with every new release and absolutely needs to live forever.

For more information on Tall, Dark & Handsome by Delbert McClinton: