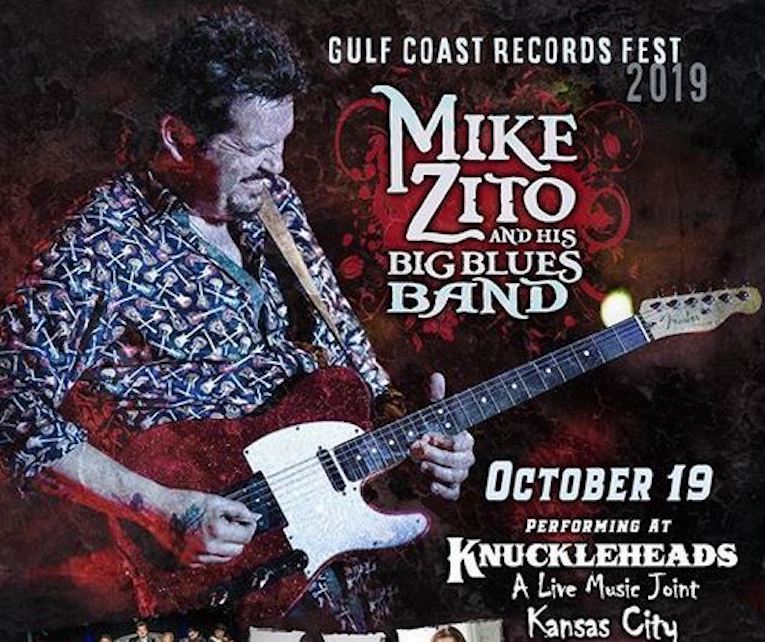 ~Some Additional Info On Each Artist~

Mike Zito: The acclaimed guitarist continues his never-ending “First Class 2019 Tour” and now performs with a Big Band as well. No stranger to music audiences worldwide, Zito continues to receive well-deserved recognition in the Blues world, winning the 2019 Independent Blues Awards “Best Blues Rock CD,” “Best Blues Rock Song,” and “Best Producer” categories. Zito also took home “Blues Rock Artist of the Year” honors last May at the 2018 Blues Music Awards in Memphis, the ‘Grammys of the Blues.’  Now, as co-owner of Gulf Coast Records, Mike’s producing and business skills are being utilized on a regular basis, too.

Billy Price: Dog Eat Dog is the new album from respected soul-blues vocalist, Billy Price. After the critical acclaim and Blues Music Awards nomination of his last album Reckoning, Price was eager to get back into Greaseland Studio in San Jose with Producer, Kid Andersen. Kid and Billy’s mutual love for the music and commitment to making an original contribution to the soul-blues genre is evident in this new collection of recordings. “Billy Price’s voice is unmistakable. You’d know it anywhere. And on each of these delicious tracks, eight originals and four covers, he reinvents his style and soulfulness to wine and dine the listener”- ROCK AND BLUES MUSE

Jimmy Carpenter: Soul Doctor is the fourth studio album by Jimmy Carpenter, released on September 20 by Gulf Coast Records. The saxophonist, singer-songwriter, and arranger, began his musical journey thirty-five years ago. In addition to leading his own band and playing with numerous others, Jimmy is the Musical Director for the Big Blues Bender and the leader of the Bender Brass, the Bender’s House Band. “Some albums need no more classification than to say they are good-time music. That can certainly be said for Soul Doctor. Carpenter combines blues, soul, and funk for a fun sound that gets you moving” – AMERICANA HIGHWAYS.

Diana Rein: Known as the “Six-String Siren,” Rein celebrated the release of her new GCR album Queen Of My Castle with a sold-out concert at The Historic Merc in Temecula, CA in August. “From the soulful, toe-tapping “Yes I Sing The Blues” to the hard-rocking, “Heat,” Rein showed a versatile voice and sharper-than-sharp songwriting skills with some meaty guitar licks thrown in for good measure,” wrote Valley News in their review. “Diana Rein gifts us her third full-length effort in Queen Of My Castle.  She has already proved herself an accomplished singer-songwriter steeped in the sounds and licks of Chicago blues, and now aims a rung higher on her latest effort” – BLUES ROCK REVIEW.

Tony Campanella: This veteran rockin’ blues artist from St. Louis has been playing regularly for over twenty-five years, making a name for himself as one of the best guitarists in the city. On his debut album Taking It To The Street, Campanella – a virtuoso guitarist with a voice full of fire – now brings his soul and passion to a wider audience that will make Blues-Rock fans swoon. “If your love for the blues centers around great guitar playing, this is an album you need to hear” – THE ROCK DOCTOR.

Odds Lane: Band members Doug Brykit and Brian Zielie create a uniquely blended mix of driving blues-rock riffs and solid grooves with an overall pop sensibility on their Gulf Coast Records debut, Lost And Found. Inspired by the re-mastered release of Mike Zito’s Blue Room album, they’ve come full circle with a collection of eleven songs influenced by their South St. Louis blues rock/funk roots. “A standout album that just begs to be played live. The lyrics, the melodies, the musicianship all hits the center of the target” – MUSIC-NEWS.COM. 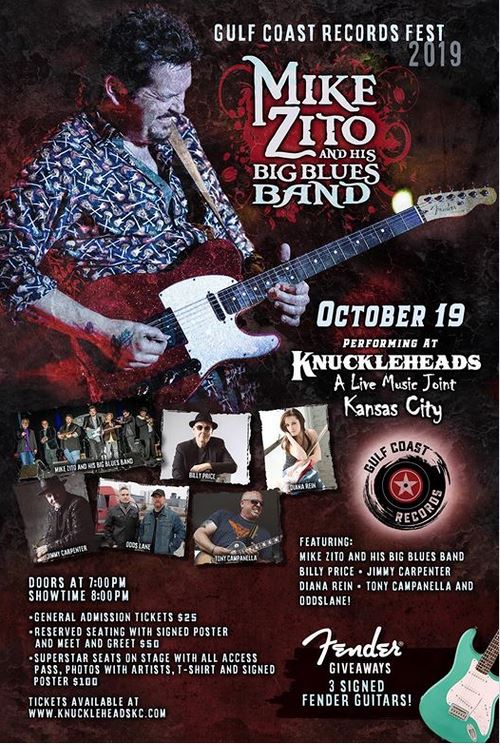