Wille & The Bandits Release New Single “Victim Of The Night” 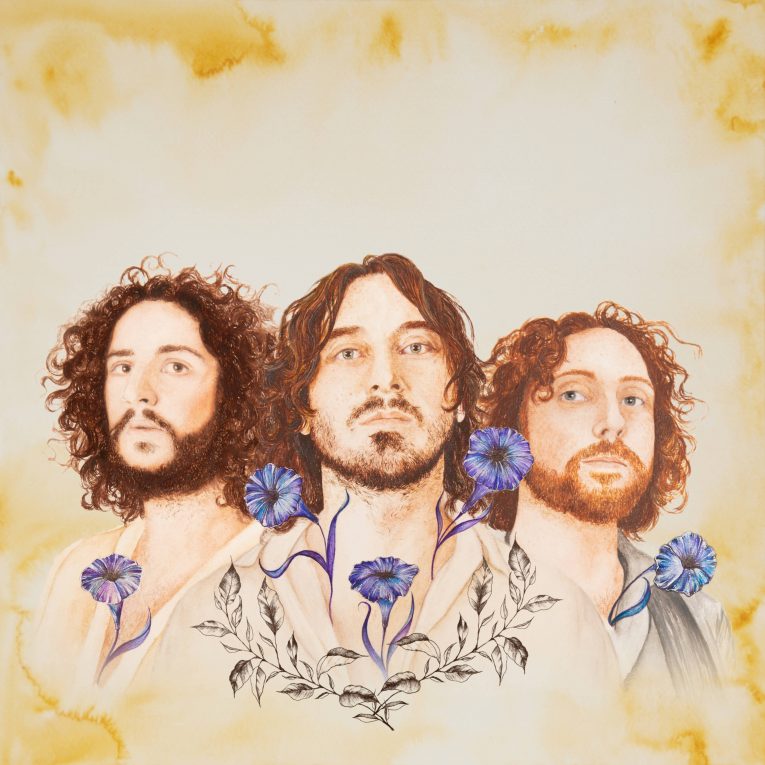 Wille and The Bandits release a new single  “Victim Of The Night” from their critically acclaimed album, Paths. Encapsulating the exciting and gusto of rock and roll, the album is a breath of fresh air with musical diversity that makes their sound so appealing. They adopt the musical essence, nostalgia and discovery of the late 60s and 70s and mix rock and roll with a contemporary approach, combining elements of world music, dance music and hip-hop.

Wille and The Bandits return to tour the UK from February to April 2020 for their Spring tour. Dates include Manchester (28 February), Glasgow (7 March), Cardiff (14 March) and London (20 March). A 48-hour ticket pre-sale will start from Wednesday October 2nd. General on-sale date for tickets is Friday October 4th.

Wille and The Bandits have toured with Deep Purple, Status Quo, Joe Bonamassa, the Jon Butler Trio, and Warren Haynes. In 2014 the band was voted in the Top Ten bands to se. They also played the Isle of Wight festival as well as at the London Olympics.

Praised by critics and rock legends for being one of the most dynamic bands around the globe Wille and the Bandits conjure up similarities with Led Zeppelin as they move from riff-tastic rock and roll to more acoustic sensibilities that only few bands manage. The use of string arrangements, oscillating delays and soaring lap steel guitar solos give the band an emotive Pink Floyd edge mixed with the groove and vocal phrasing of John Butler Trio, which leaves audiences in pieces.

From humble roots in Cornwall the band wanted to stay based where they feel inspired by the rolling hills and blues seas rather than chase the industry to the City. Their approach has paid off with the industry now chasing them. They have extended their touring reach right across Europe and as far afield as Australia and the USA to provide the sense of escapism and anti-establishment, rebellious spirit that Cornwall has been known for centuries.

With their fresh approach to blues rock music, Wille and the Bandits have been assertively carving a place for themselves in Europe’s music scene, developing a reputation as one of the best live acts around and capturing the imagination and interest of music lovers right across the globe.

Essentially, Wille and the Bandits is a classic blues rock three piece, much in the vein of Cream or The Jimi Hendrix Experience and like these bands is pushing at the boundaries of their genre. Wille and the Bandits take their sound way beyond what is expected of such a traditional line up.

The band combines three talented and committed musicians who come from very different musical backgrounds. Wille’s exquisite slide guitar playing and powerful vocals are given perfect momentum with Andy’s innovative drumming, while virtuoso Matt, with his 6-string bass and double bass, adds a class and polish rarely seen in a Rock act. The great musicianship with infectious songs has inspired praise from Rock legends such as Ian Paice, Joe Bonamassa and Francis Rossi.

Throughout a performance the band can be seen playing a range of instruments, sometimes simultaneously, sometimes switching between various guitars, basses and percussion within the same song, giving the audience a complete performance, which has seen the popularity of Wille and the Bandits grow at an exceptional rate. 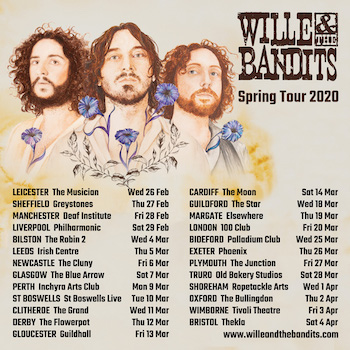