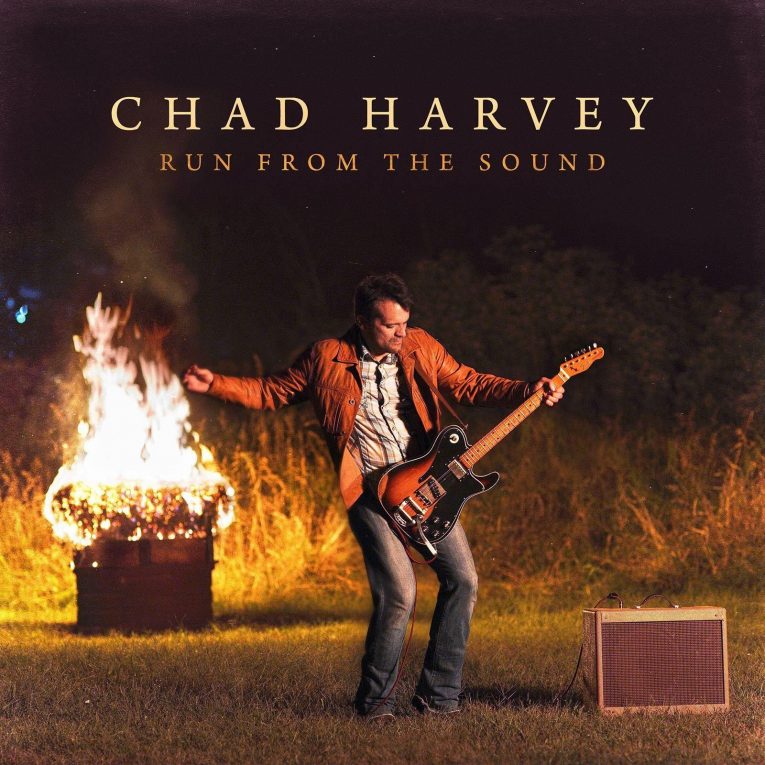 NASHVILLE, TN (February 5, 2020) – Singer-songwriter Chad Harvey has announced Run From The Sound, his new five-track heartland roots-rock EP, will be released on Friday, March 6 via Indie 500 Records. The rowdy music video for the album’s hard-hitting lead single, “Heyburn,” debuted earlier this week with DittyTV. The song, inspired by the small town of Heyburn, Idaho, premiered on Americana Highways who said: “With a Neo-classic rock style, Chad Harvey will hit you where your heartland vibes live.”

Containing the against-the-grain disposition of artists like John Mellencamp and Tom Petty, Harvey’s Run From The Sound has been a long time coming since the 2008 release of his Get Lit album which broke into the Americana Top 100 and provided a platform to tour on through 2011. “I’m writing and performing the stories of my life—some truth, some lies, but all real American music,” says the expressive singer-songwriter Chad Harvey. “I want people to come away from my shows thinking this a roots rock guy that plays with the energy of a punk rock band.”

In the grooves of Run From The Sound—produced by GRAMMY®-nominated producer Marc Johnson—you can hear that Chad Harvey is a true American original; born in Evansville, Indiana and raised in nearby Lynnville, Indiana. “Heyburn,” inspired about the small town of Heyburn, Idaho, spotlights Harvey’s ability to capture the voice of the many living in small towns across America and it’s because he was one of them.

Harvey says, “This song idea came from a friend of mine, Craig Smith. He was traveling through Idaho and stopped for the night in Heyburn. He called me that night and told me about the place and how there was not much going on in the town, and how he imagined that if he lived there, he would want to get out. This struck a chord with me as it reminded me exactly of my hometown of Lynnville, Indiana. A small town of about 500 people in Southwestern Indiana that was built in the middle of the coal mines. Growing up there, all I wanted to do is get out and see what else was out there in the world.”

“Run From The Sound,” the title track off the new album, brings an introspective Tom Petty lyrical approach with a Mike Campbell-style approach to the guitar tracks. The vitality of Chad’s live shows is captured in Run From the Sound standouts such as “Heyburn,” “Rescue Me,” “Run From The Sound” and “Nashville Intermezzo.”