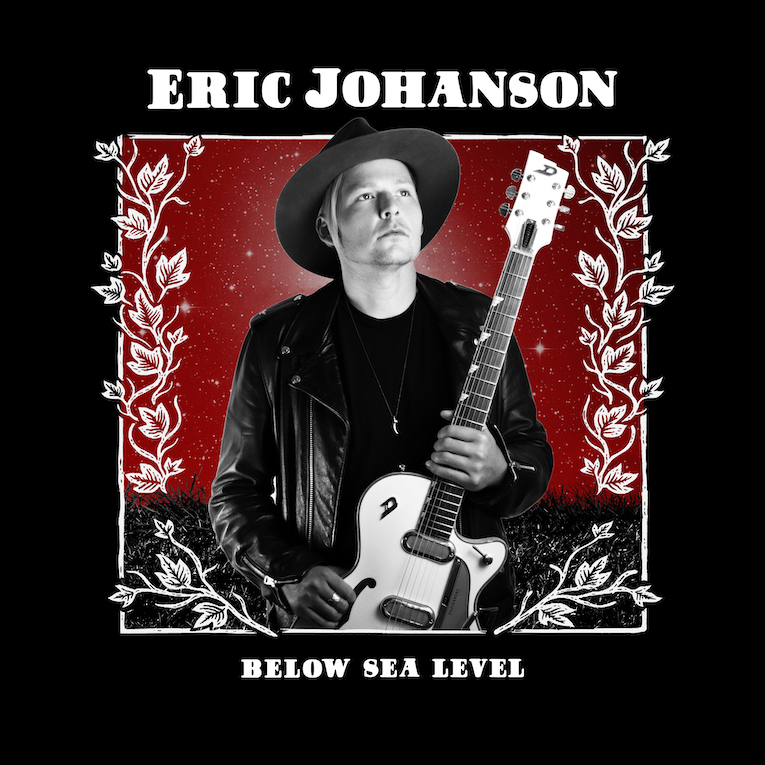 Louisiana native, guitarist, singer and songwriter Eric Johanson makes his solo Nola Blue Records debut with ‘Below Sea Level’ out September 18, 2020. A long time blues protégé of Tab Benoit, he released his first album, ‘Burn It Down’ on Whiskey Bayou Records in 2017.

A growing force in the blues and roots/rock scene, Eric also toured worldwide as the lead guitarist for Cyril Neville, Grammy winner Terrance Simien and has also been featured with JJ Grey and Mofro, Eric Lindell, Mike Zito, The Neville Brothers and Anders Osbourne.

For Below Sea Level, Eric teamed up with Luther and Cody Dickinson and recorded the album at the famed Zebra Ranch Studios in North Mississippi Hill Country. A better match could not have been made.

Album opener, “Buried Above Ground” opens with dynamic interplay between drummer Cody Dickinson and Eric’s gritty, and sinfully good guitar riffs. The almost telepathic connection between the two drives this live-wire blues rocker. Johanson leads you through some of New Orleans’ traditions and folklore on this track by way of his bright, present vocals and a guitar solo of the killin’ kind. Full throttle, Johanson’s six-string bending is nothing short of inspired and tasteful. A standout.

Another standout is the blues/rock “Never Tomorrow.” The guitar hook is especially catchy, begging for repeated listens of this tune. It’s a true blues-inspired rocker with tight drumming, bass and guitar. About seizing the moment, this song fires on all cylinders with a nod to Zeppelin and other famed rock bands of the ‘70s but with a modern roots twist.

Blow Sea Level seems like a breakout record for Eric Johanson. The album, whether just reflecting his varied musical taste or intentionally featuring a diverse musical pallet, offers everything from roots/rock barn burners, swaggering shuffles and a bit of psychedelia, to moving ballads and acoustic roots/blues—all with outstanding, elegant guitar playing. His songwriting must be noted—Johanson is capable of writing hit songs, some with haunting images and heartbreaking stories, and others about romantic love or his love for The Crescent City. They are lyrically and musically well crafted. Johanson is keenly observant of the harsh realities of life on the streets of NOLA.

Johanson’s sound evokes the vibrant heat of the Louisiana bayou, and reflects the challenges of the human journey, with both personal and universal themes.

From the heavy blues/roots rocker “Have Mercy,” a prayer to save his soul, with gospel-esque claps and backing vocals, to the uptempo and fun Chuck Berry-inspired “Nowhere To Go” about the restrictions of the pandemic, Below Sea Level displays the range of Johanson’s talents. It doesn’t hurt that his guitar chops are a master class in tone, feel and innovation.

“Open Hearted Woman” is a nod to 70s blues/rock. A fuzzy guitar leads you through this slinky number with deep groove, with yet another head-shaking guitar solo over bass and drums locking it down.

An acoustic blues treat closes the album. “Riverbend Blues” is a love letter to NOLA with references to a streetcar whining, a train whistle, the river bend, and a plea for trouble to end. It’s melodic with slide guitar and Johanson’s voice, soulful with beautiful timbre.

The Dickinsons surely brought the best out in Eric Johanson, and the time was right for this multi-talented musician. The result is fresh, contemporary blues-inspired roots/rock with musicianship that seems limitless.