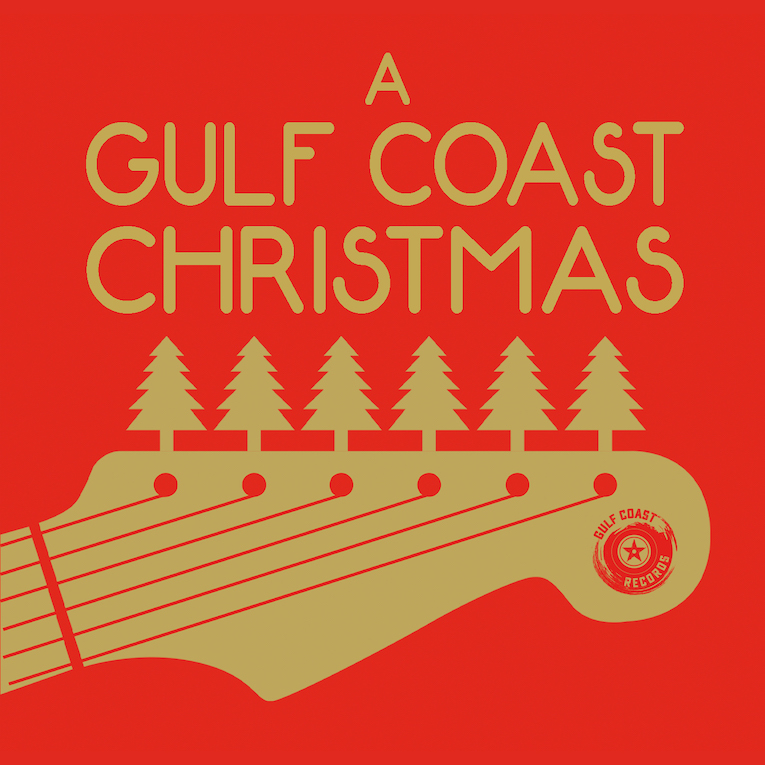 Gulf Coast Records is here to liven up your holiday house parties and rock you right through the Christmas season with a brand new label compilation called A Gulf Coast Christmas. Slated to drop November 13th, 2020, the record features Gulf Coast artists Mike Zito, Albert Castiglia, Kat Riggins, The Proven Ones, Mark May, John ‘Blues’ Boyd, Lisa and Kid Andersen, Diana Rein, Kevin Burt, LeRoux, Jimmy Carpenter, Billy Price, Sayer and Joyce, Thomas Atlas, Odds Lane, and Tony Campanella having their way with your favorite Christmas tunes and also delivering seven original Christmas songs. All the players involved here do it up right and this is easily the most enjoyable Christmas record for blues fans to come along in quite some time.

The indomitable Mike Zito gets the party going with his down-and-dirty “All I Got For Christmas Is The Blues.” Zito sings us a hard-luck story of love gone wrong at the worst time of the year over a heavy, pulsating groove interspersed with his righteously sweet slide guitar work. He tells humankind’s oldest tale made fresh one more time with this year’s details and delivers the lyrics in a barroom holler that makes the pain all too real. Albert Castiglia checks in next with his own lonely holiday saga “Somebody Stole My Christmas.” It’s a slower blues song about a solitary Christmas, a lost family, and the resentment the situation has caused. Castiglia delivers genuine angst on vocals and some outstanding lead guitar playing that will melt the ice around your tree.

Kevin Burt brings his mighty voice to bear on the funky “Please Mr. Santa Claus,” a chilled-out jam that’ll put your body in motion. Kevin needs his baby back for Christmas and he tells us all about it in this musical letter to the North Pole and makes all of our Christmases better in the process. His vocal tone is warm enough to heat your hometown all winter and if he’s new to you, he won’t be for long. Blues supergroup The Proven Ones contribute a 50s-style rock and roll rave-up version of Elvis’s timeless “Blue Christmas” that absolutely slays and is guaranteed to get the cops called to any party. It’s a treat to hear this familiar classic done with such complete abandon.

Jimmy Carpenter hits a hard soul/funk pocket on his energetic retelling of Clarence Carter’s “Back Door Santa.” He definitely adds some zip to Carter’s original recording by making the groove more syncopated, especially the bass part, but captures Carter’s vintage vibe quite well. John Blues Boyd, Lisa Andersen, and Kid Andersen team up for a relaxed-but-swinging cover of Charles Brown’s R&B hit “Merry Christmas Baby” that’s fine, mellow, and goes down like a perfect martini. All three sound like they’re having a ball putting this one to tape, most of all Kid, whose guitar solo is lighthearted and playful.

Charles Brown’s other iconic Christmas song, “Please Come Home For Christmas,” is handled nicely by the UK-based vocal-and-guitar team Ron Sayer and Charlotte Joyce. Joyce turns in a deeply soulful performance of Brown’s emotive lyrics and reminds us all why this song remains consistently popular this time of year. Mike Zito comes back again to finish the album with a cover of Chuck Berry’s always-rocking “Run Rudolph Run” that’ll keep roots music fans dancing and duck-walking straight through to New Year’s Eve. Zito rips on Berry’s famous guitar style, channeling Keith Richards as much as Chuck, and adds another layer of bar-band glory to the three chords that really did make America great. There’s nothing but fun to be had here or on any other track on A Gulf Coast Christmas. Keep this one spinning throughout December for non-stop holiday cheer.